With one leg and four stages to go, the top three runners are separated by just 10.4 seconds. Sébastien Ogier leads the way, and admitted “it’s going to be a fun Sunday” with close to 50 miles of rallying still to take place.

The question, then, is who’s going to win?

Will it be the current leader Ogier, winner of half the stages so far? Will it be his team-mate Elfyn Evans, who is currently 6.9s down on the sister Toyota? Or can Thierry Neuville atone for the tire blunder he and Hyundai made on Saturday morning to recover the top spot he held throughout Friday? Our writers have had their say.

Ogier knows how to convert his advantage

I’d love to say that the 10.4 seconds covering the top three make choosing the winner impossible, but I can’t see past Ogier making Croatia the 17th different country that he’s won a WRC event in.

The seven-time champion seized the rally lead on Saturday’s opening stage by going 12s faster than Neuville, and although tire choice lent a hand in that, he still went 2.8s quicker than Evans.

Ogier has won four stages on both days of the rally so far, leaving him with eight stage wins (including shared fastest times) to Neuville’s six and Evans’s two.

With four stages on Sunday, Neuville would have to average a time gain of almost three seconds on each stage. On Saturday, the only occasion when Neuville gained anything over half a second was when Ogier picked up a puncture on stage 13. 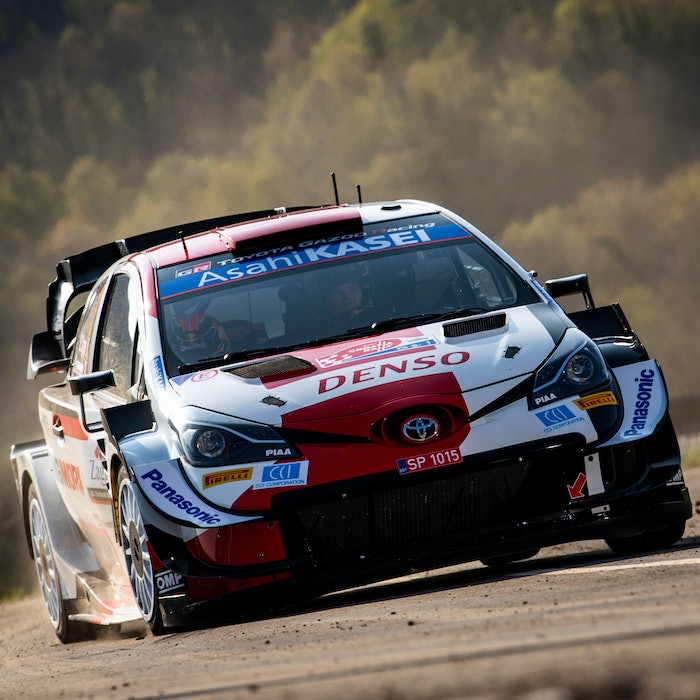 Missed any of Rally Croatia?

And when you watch Neuville’s onboards, it’s not as if the Hyundai driver is leaving more room for improvement – certainly not enough to best Ogier by a significant margin repeatedly.

Evans only beat Ogier on two of the eight stages and even when his team-mate picked up a puncture, Evans admitted that he wasn’t “brave enough” to risk anything more than a time that ended up just 0.1s faster than Ogier.

Ogier knows better than any other driver how to convert a closely fought lead battle into a win and he still managed to win the powerstage while leading on the Monte Carlo Rally so there’s little reason to believe that he can’t scoop the maximum 30 points.

Neuville’s too quick to be ignored

How quickly things can change in the WRC – as Neuville’s Hyundai i20 Coupe WRC certainly wasn’t a horse worth even considering backing at lunchtime.

Hyundai Motorsport team principal Andrea Adamo spoke pretty damningly about the team’s decision-making process prior to the Saturday morning loop, saying “miracles” would be needed to compensate for it and to give Neuville any shot at beating the pair of Toyotas.

Well, he got one of those almost immediately when Sébastien Ogier picked up a puncture, which halved Neuville’s deficit as a result. One more miracle and “the mistake that we did” may well be covered up. 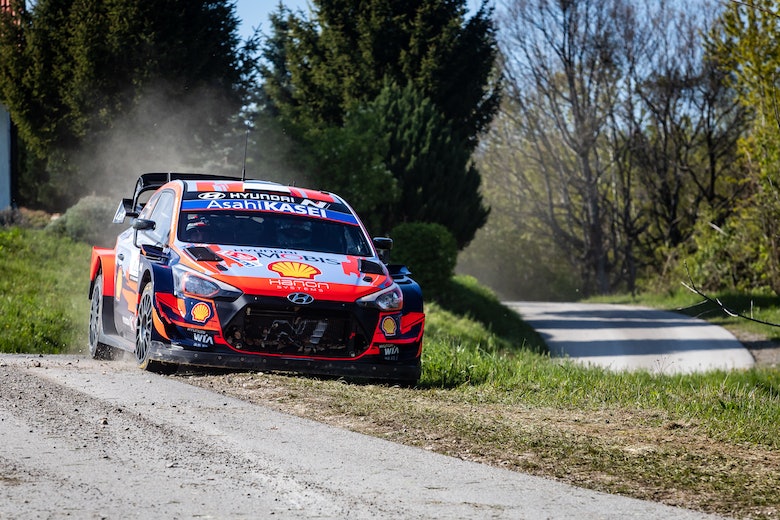 Hyundai: Miracles needed to catch up after strategy error

Granted, such a scenario relies on more misfortune for Neuville’s main rival rather than anything in his power. But there was an underlying confidence to the way he spoke about his prospects even after this morning’s tire mishaps, and he has been at the top of his game this weekend – part of which is no doubt a result of his and co-driver Martijn Wydaeghe’s ever-improving rapport, which has been so smooth in Croatia it’s barely been of note in post-loop questioning.

If there is an Ogier slip, it feels as though Neuville’s the more likely of the two in the chasing pack to pounce. On the stage where Ogier suffered his second puncture, Elfyn Evans could conceivably have moved into the lead of the rally, yet for reasons outlined above he only ended up a tenth quicker than his team-mate. The fact that Neuville went fastest of all, 10.1s faster than Ogier, demonstrated what a good groove he’s found in the Hyundai this weekend.

I’d still have Ogier down as the marginal favorite, but on pure pace Neuville has undoubtedly had the matching of the seven-time champion this weekend – so he can’t be ruled out for the win.

It probably won’t be Evans

Had this been the Elfyn Evans of two years ago – the plucky, M-Sport Ford-driving underdog sporadically taking the fight to the WRC’s ‘A-listers – we would be waxing lyrical about the supremacy of his performance.

But instead, in 2021, we’re left a little bit disappointed such are the standards he has set for himself in Toyota colors.

Two stage wins and an overall podium place throughout the entire rally so far means Evans has certainly not driven badly in Croatia, but as it stands this one looks to be a two-horse race; even if Evans does find himself right in contention – and better placed than Neuville – just 6.9s adrift of the lead.

That’s because, as has been the case quite frequently of late, Sébastien Ogier has managed to eke just that little bit of extra performance from the Toyota than Evans has which is occasionally sapping his confidence.

To win, he needs to beat Ogier. And on pure pace alone, that doesn’t look too likely. Indeed, his main battle might instead be trying to hold onto second, with a racy Neuville only 3.5s in arrears.

You never know though. Ogier has already picked up two proper punctures this weekend and Thierry Neuville fluffed up his tire choices so, much like in Turkey last year when his rivals all fell by the wayside, Evans could come out of this tense fight smelling of roses.

But asked to place a $1 on the Rally Croatia winner, I suspect few would be backing the #33 horse this time around.

Ogier – and no doubt about it

Sébastien Ogier. That’s who’s going to win Croatia Rally. The Frenchman has dealt with a pair of punctures and a monster moment on SS1, yet he’s still out front. And he’ll still be there on Sunday afternoon.

You’re right, the gap to team-mate Elfyn Evans is nothing and there’s still 48.82 miles remaining, but Ogier doesn’t lose events from this sort of position. And the pair of them know very well that, were it not for Ogier’s deflation on the second shot at Mali Lipovec-Grdanjci, the defending champion would likely have been a further 10 seconds up the road.

Psychologically, that favors Ogier. Evans lost time on SS13 because, by his own admission, he bottled it in some of the more skiddy gravelly bits. Ogier lost the time because he lost a tire.

Is Thierry Neuville really at the races? Hmm… hard to say. With Craig Breen sitting behind both M-Sport runners, Andrea Adamo really would like points for third and fourth place, so he’s not going to be that keen on having the Belgian risk all for the win.

I think it’s between the Toyota drivers, and, on this occasion, I sense a French success.