Monza Rally leader Dani Sordo has been hit with a 10-second penalty – but it won’t affect the result at the end of Friday, because second-placed driver Esapekka Lappi was found guilty of precisely the same offence.

Hyundai man Sordo and his M-Sport rival Lappi were both adjudged to have deviated from the road book’s instructions and taken an alternative route through a chicane in Friday’s final stage, PZero Grand Prix 1 at the Italian circuit.

The stewards decision for Sordo stated: “A time penalty of 10 seconds to be applied to special stage time for SS6.

“The Stewards examined video evidence and heard from the competitor’s representative of car #6, Alain Penasse. The driver of car #6 locked wheels on the approach to the chicane in an attempt to stop, was confused as the chicane differed from that of a previous special stage, he saw that there was no bale in front of him and went straight on. This did not follow the route as drawn in the tulip diagram in box nine, page 152 of Road Book 1.”

The stewards handed down the same penalty for Lappi, stating: “The driver of car #4 locked their wheels on the approach to the chicane and made an effort to stop. The team representatives stated that the driver decided to take what he felt was the safest option by going straight on, striking the hay bale in the process. This did not follow the route as drawn in the tulip diagram in box nine, page 152 of Road Book 1.”

Those penalties mean Sordo still holds a lead of one second over Lappi, with Sébastien Ogier now a further one second in third rather than the 11s behind Lappi’s Fiesta he originally was.

Ogier’s Toyota team-mate and championship rival Elfyn Evans is fourth, 5.1s behind Ogier and the Welshman has defending champion Ott Tänak just six-tenths of a second behind him.

Saturday’s mountain stages are seen as being key to the direct of both Rally Monza and this year’s World Rally Championship title. With snow understood to still be falling on the tops of tomorrow’s stages, the northern Italian event is providing a significant sting in the tail of the 2020 WRC season. 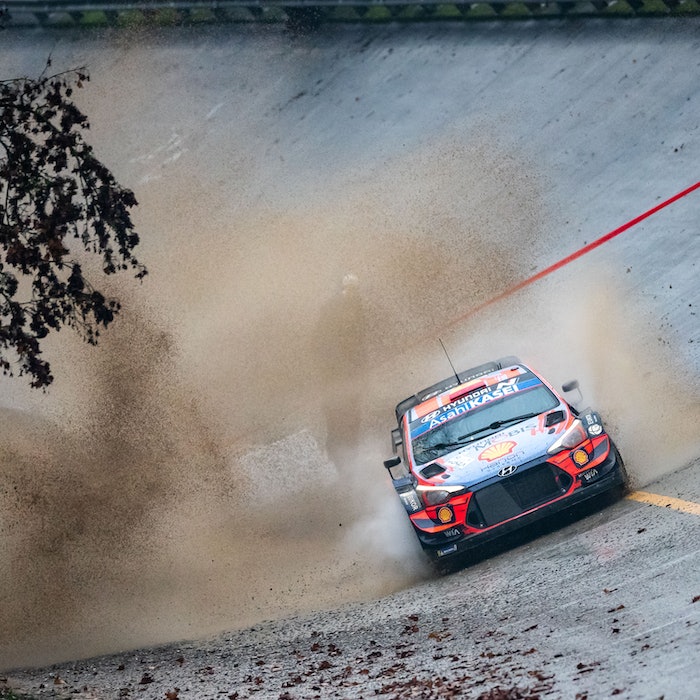