It’s 21 years this weekend since Marcus Grönholm took the first of his 30 World Rally Championship victories, with a triumph on Rally Sweden in a Peugeot 206 WRC. It was also a car in which Grönholm claimed both of his WRC titles, so it’s little wonder that he considers it his favorite. Here he explains to DirtFish precisely what makes the car special to him.

Perhaps it’s an obvious choice for a double World Rally Champion to class the car which took him to both titles as his favorite. Indeed, DirtFish probably should have seen this one coming a mile off. But in reality, it could not have been any other car for the legendary Marcus Grönholm.

That’s not to say that the charismatic Finn didn’t mull over some of his other memorable bits of machinery… no, we’re certainly not talking about the dreaded Peugeot 307 Coupe, although that was discussed at length during our interview albeit not with any fondness and definitely not printable language either.

The Peugeot 206 WRC was one of a kind in the World Rally Championship, changing the rules of success as it defeated the long wheelbase might of Mitsubishi to deliver Grönholm’s first title in 2000, and narrowly missing out on back-to-back crowns the following year due to unreliability at the start of the season.

As Grönholm told DirtFish earlier in the year, it was his 2002 triumph which was the sweetest; the combination of Corrado Provera and his straight-talking number one driver was virtually unbeatable.

As you’re about to find out, Grönholm loves both of his title winners so much that he’s bagged both of them for his museum in Finland for good measure.

What springs to mind when you think of the Peugeot 206 WRC?

For me, it was the start of my professional career and the car I drove for my two championships, simply. They were fantastic years with Peugeot and this car was clearly the best. I have both of them in the museum and still, they look beautiful after 20 years. I mean, it’s 20 years since I won my first title! It was a small package the car, everything was, at that time, the best. Of course, we had small reliability problems in the beginning, but the team was so motivated, and it was like a big family. A good package, and fast, which was the most important part of it.

Everything inside the car felt very comfortable. Maybe the seating position was not the best for me, but I am really tall, so it wasn’t easy for me inside. But everything was in the right place, very easy for me and when you are comfortable inside the car, you can focus on your job really well, with no distraction.

So, I liked that part of the car but how it looks on the outside is probably the best for me. But it has to be the silver livery [of 2000-2002], I really like that one. Not the red one of 2003, I didn’t like it and I still don’t like it. I remember seeing it written somewhere that our cars were the silver bullets.

What’s your lasting memory of the Peugeot 206 WRC?

The look of the car, definitely. The sound was… I don’t know, but the look of it was cool. The behaviour of the car was fantastic, how it drove suited me. It was really, my [kind of] car. It wasn’t built around me, they had developed it before I arrived but of course, when I got there, they changed the car to fit my style so in the end, it was built around me. It was clearly a good combination!

We didn’t ask Marcus this final question, but so enthused about talking about old cars was he, that he gave us his second favorite car for free…

If I had to pick a second favorite car, I would have to say Toyota Corolla because it was the car I first drove properly in the WRC, in 1998. In fact, I was the first driver who was chosen to do Rally Finland [in that car] in 1997 together with Didier Auriol. The car was brand new and we did the first rally, but after that I was driving it for two years and got my chance in 1998. After that experience, I got the contract with Peugeot so really, I would say the Toyota is a close second because it got me the chance to join Peugeot and win my titles.

It was such a nice car because it had the new “joystick” gear stick which was very new at the time. It was easy to drive… okay, if you look at the cars today, it’s far away from what we had then. You had different options for the diff, and you could play around with the car as well. It was also a small package like the Peugeot, so I liked it. 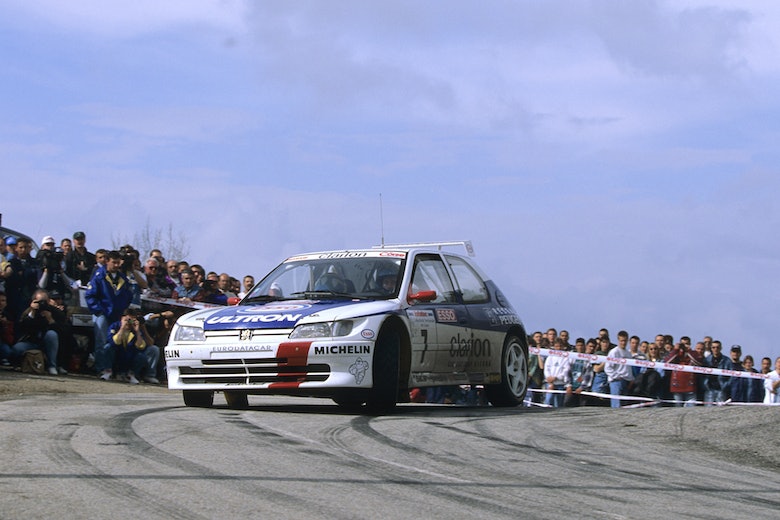 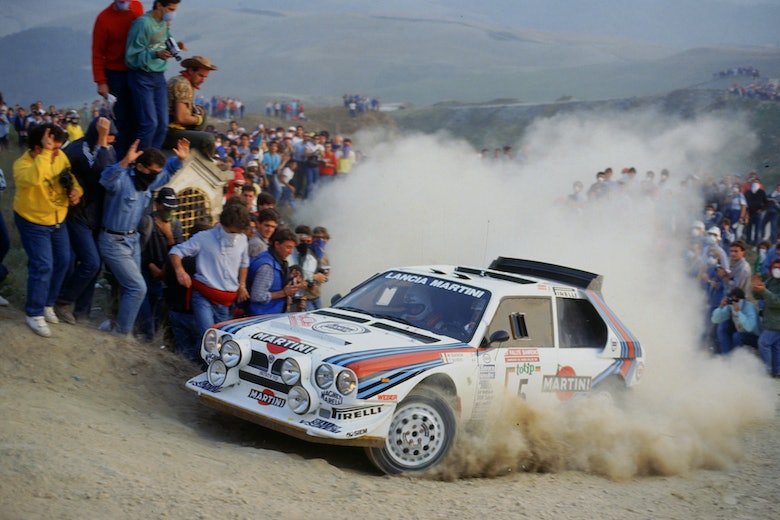