Pirelli is back at the top level of rallying once again and has been hard at work since the end of 2019 getting ready for its big comeback.

It’s been a long old road to get this far.

When it comes to World Rally Championship tires, Pirelli and Michelin are the long-standing powerhouses. For years they waged a direct tire war in WRC; Pirelli had Subaru in its ranks throughout its first stint in WRC, while Michelin was aligned with Mitsubishi, then Peugeot and finally Citroën during their respective dominant spells.

But that all came to an end in 2007. Michelin – through its BFGoodrich sub-brand – had won the war when Subaru defected away from Pirelli. It had secured a monopoly through open competition.

The FIA then enforced that monopoly system by embracing a tender system for exclusive tire supply from 2008 onwards. In addition, the days of teams creating bespoke tire patterns by cutting new treads on their own were over.

Both brands went for it; Pirelli’s bid won out. Three years later they were out the door and Michelin were back in, as Pirelli headed for Formula 1 and left the WRC supply deal open.

But fast forward a decade and Pirelli are back as the lone supplier. However what should have been a straightforward path to its WRC return was turned into a rocky, disruptive road by COVID-19.

All looked rosy initially. The grand unveiling of Pirelli’s WRC return came last December, and by February, the first prototypes were in production. The names will sound familiar: P Zero for sealed surfaces, Scorpions for the loose stuff, and Sottozero for Monte Carlo and Sweden, just as it was during Pirelli’s last stint in the WRC. 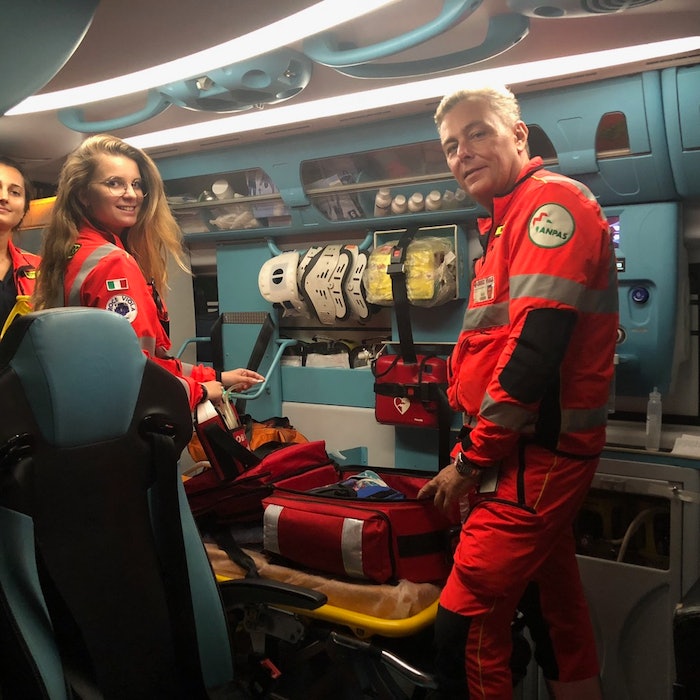 A different kind of mission

Then COVID-19 came along. By March, Pirelli’s head of F1 and car racing – who has oversight to the firm’s rally program – was driving ambulances around Milan instead of keeping an eye on prototype testing.

When Pirelli reopened its facilities – they were shut at the height of the pandemic’s first wave – prototype development and indoor testing resumed in earnest.

Indoor testing was useful for verifying tire integrity and reliability, applying the same level of forces through the tires as they’d expect out on the stages. But it was never going to benchmark performance.

By June, good news had arrived; agreements were reached with the FIA for the format of tire testing, Saintéloc Racing had been contracted to run a 2018-spec Citroën C3 WRC, and former Volkswagen and Hyundai factory driver Andreas Mikkelsen – who’d also spent a brief spell with Citroën – was selected to drive it.

Come July the P Zero and Scorpions were being bolted onto a WRC-spec car for performance evaluation in Mikkelsen’s hands, while a second test followed in August.

Pirelli’s Saintéloc-run test team went out with a bang in October, as 2003 World Champion Petter Solberg – the last driver to win a world title with Pirelli in the open-competition era – drove the powerstage of Rally Italy in the C3, shod with the latest Scorpion KX prototype and with Mikkelsen in the co-driver’s seat.

In all Pirelli has gone through 17 prototypes across the eight different tires scheduled to be run during the course of 2021. Of these the Sottozero J1 – designed for the ice and snow of Rally Sweden – hasn’t had any dedicated test running yet, though Pirelli aren’t concerned.

While it’s been absent from the WRC’s top level, Pirelli has been busy supplying WRC2 and WRC3 teams in recent years, and was responsible for a shock result in Sweden two years ago when Takamoto Katsuta stole the march on WRC2 champion and local favorite Pontus Tidemand back in 2018.

Katsuta has also given Pirelli some useful data for its Sweden tire in the past, as Sottozeros were bolted onto a Toyota Yaris WRC he drove at last year’s Itäralli, round three of last year’s Finnish national championship run in Rally Sweden-like conditions.

It’s hard to say at this point if, as Andrea Adamo has pointed out, whether Monte Carlo or Sweden will actually go ahead as planned. The ongoing COVID-19 pandemic is simply too uncertain in nature to know either way. But whether they go ahead or not, Pirelli is still planning a test on ice next month to get some more mileage with the Sottozero compounds.

Pirelli hasn’t completely ruled out further ad-hoc tests either, though the official test team with Mikkelsen and co. has been formally disbanded. Given its condensed testing program, it wouldn’t be surprising to witness more rent-a-Fiesta WRCs appearing in Finnish forests with Italian boots strapped on the bottom.

Either way, it appears Pirelli is prepared and ready for its WRC return despite all the COVID-19 disruption. Which is more than can be said for a lot of other processes right now.