Finns and Fords. When it comes to rallying, they just work, don’t they.

Depends how far back your memory goes. Wind it all the back to the very beginning and you’ll conjure images of Hannu Mikkola and Eaton Yale. Or Ari Vatanen and Rothmans. The running theme? Finns and Escorts.

Crack on through time and there’s Juha Kankkunen in a Repsol Escort WRC before Marcus Grönholm, Mikko Hirvonen and Jari-Matti Latvala were the squad staple at M-Sport Ford World Rally Team.

So, the excitement was understandable when Esapekka Lappi arrived to accompany Teemu Suninen into the 2020 World Rally Championship season. Finns would fly M-Sport’s Fords once more.

Except there hasn’t been much flying. For a team that was the dominant force in world rallying just a couple of years ago – lifting both titles in 2017 before equipping Sebastien Ogier for a sixth success in 2018 – what’s gone wrong this year? And, of equal pertinence, how does M-Sport fix it for 2021?

This year’s troubled season can be attributed to a number of factors and Lappi and Suninen have to shoulder some of the blame. At times, they looked lost and mired in a collaborative spiral of self-fulfilling misery.

But what about the car?

There were issues there too. There was the odd technical issue and, of course, a car lost to Lappi’s Méxican inferno. Of equal concern to the drivers was the lack of testing and upgraded engine and aero parts which were delayed to the point of not arriving before the end of the season.

The underlying problem? It’s actually quite simple. It’s the thing that started in January and is still standing in the way of the ordinary world today. The pandemic.

Of the three manufacturer teams at the highest level of world rallying, COVID-19 has hit M-Sport the hardest.

Malcolm Wilson’s firm – and by extension, his World Rally Championship campaign – is underpinned by selling metal. It’s all about shifting Fiesta rally cars of all flavors and the subsequent sale of spares and replacement parts. When the world stops rallying, the world stops buying and rebuilding cars. When that happens, the phones go quiet in Dovenby Hall and belts have to be tightened.

Wilson’s summer of utter discontent, shedding swathes of a workforce he’s spent the last four decades building up, was a mark of just how tough things had become. 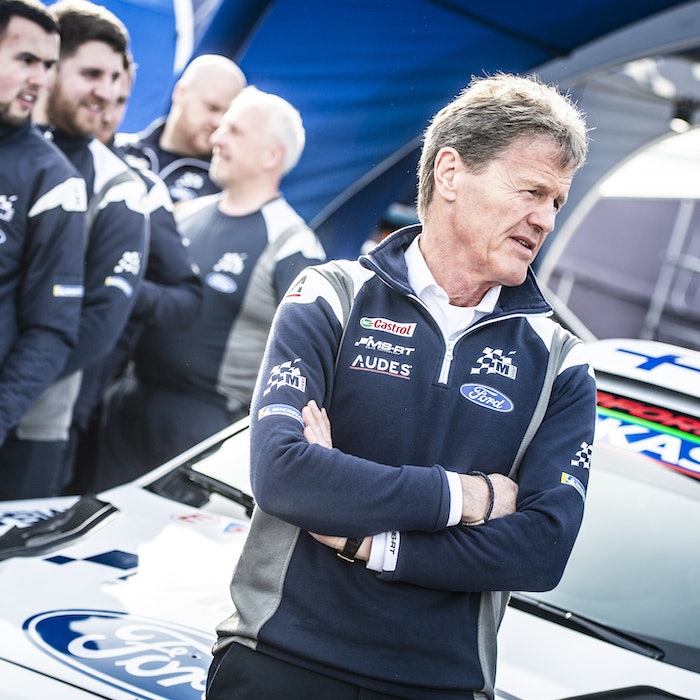 On top of that, getting rally cars out of Britain to follow Hyundai and Toyota into the woods around Jyväskylä for some summer running was out of the question. Even running its WRC cars in the UK was a non-starter.

Stark choice has stared Wilson in the face at every turn. And every decision he’s taken has been taken with one thing front and center: the future of M-Sport.

Ironically, redundancies and a downturn in WRC program spending have been framed through the window of a multi-million-pound evaluation center and test track which are just being finished on the fringes of Cockermouth. Throttling back on bricks would certainly have put the test Fiesta WRC on the road more in the second half of the season, but it wouldn’t have helped safeguard the future of the firm.

And he’s not just building that ringfence with bricks and mortar. He’s doing it with Ford’s next-generation Rally1 car.

Cash had to be saved from the current Fiesta to be directed towards the car that comes next in 2022.

Quite how significant the belt-tightening operation was became clear with the decision not to run the new bits on the car in the autumn of this year. But the logic was completely straightforward.

When there was still life in the current engines, why would you waste more money by throwing them in the bin? And the same for the aero, when there are a significant number of older-specification front splitters, for example, sitting on the shelf, commercial common sense dictates you don’t throw them in the bin in favor of new ones.

So what of the future?

Lappi made his feelings fairly clear about the situation at the end of the final round in Monza. He wouldn’t be back next season. Time for a reset and rethink. It was impossible not to feel some sympathy for him. Caught in the crossfire of an Ogier-Citroën spat that resulted in the Frenchman leaving and winning a seventh title with Toyota while the French firm focusing firmly on a customer development program for Rally2 cars, Lappi elected to invest in a season with M-Sport.

Whether he paid for the seat or just wasn’t compensated for climbing aboard a Fiesta WRC, is neither here nor there really. Either way, it was a disastrous year to deploy such a tactic with only seven rounds – and a six-month gap splitting the season’s two halves.

The sensible money’s on Suninen and Gus Greensmith being retained with Adrien Fourmaux joining them on a program made up of some WRC outings and some more time at the wheel of a Fiesta Rally2 MkII. Familiarity with the car over the latter part of the season has brought the sort of results M-Sport needs to remind the wider world why the Fiesta remains the world’s best-selling ‘R5’.

Andreas Mikkelsen? Quite possibly, even after being announced by Toksport as one of its WRC2 drivers for Monte Carlo. He needs a car to put himself in the shop window and M-Sport’s the best in the business at running that sort of part-time program. The Norwegian knows and is well-known by M-Sport. But still, any deal would have to stack up commercially and would not include Monte Carlo, as he’s already down to drive a Škoda Fabia Rally2 evo for that one.

With new parts coming, next year’s Fiesta WRC will remain a potential rally winner. But in terms of seasons, we’re definitely looking more towards a 2005 Gardemeister-Kresta set-up rather than the all-conquering Ogier-Tänak-Evans triumvirate of 2017.

That’s the narrow view. The wider view shows a team hopefully emerging leaner and meaner and with plenty to shout about in 2022. 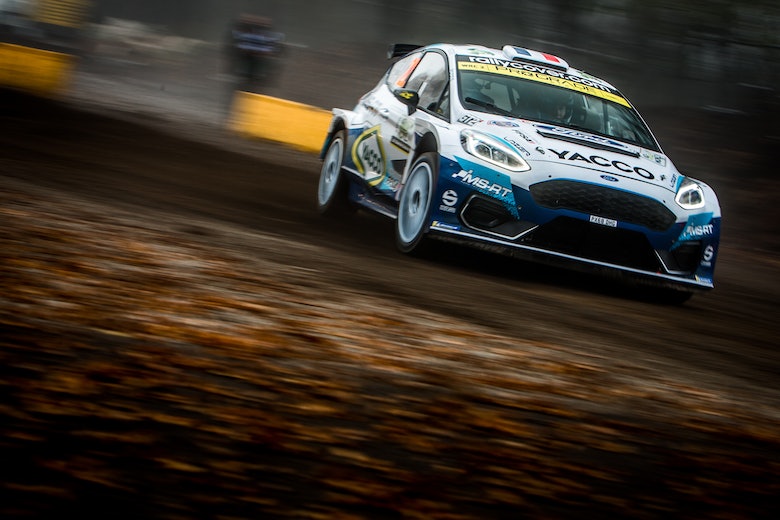 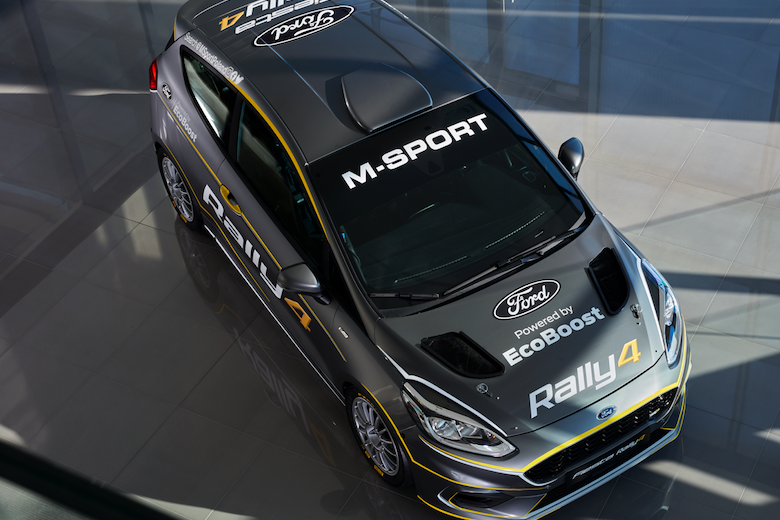 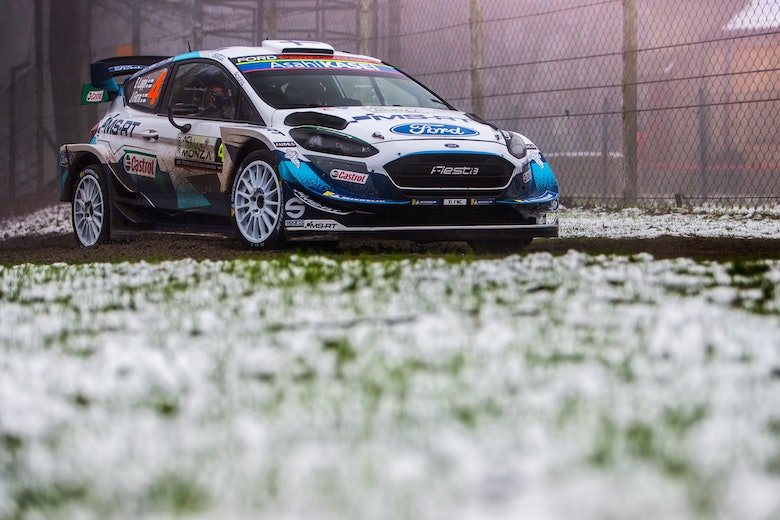 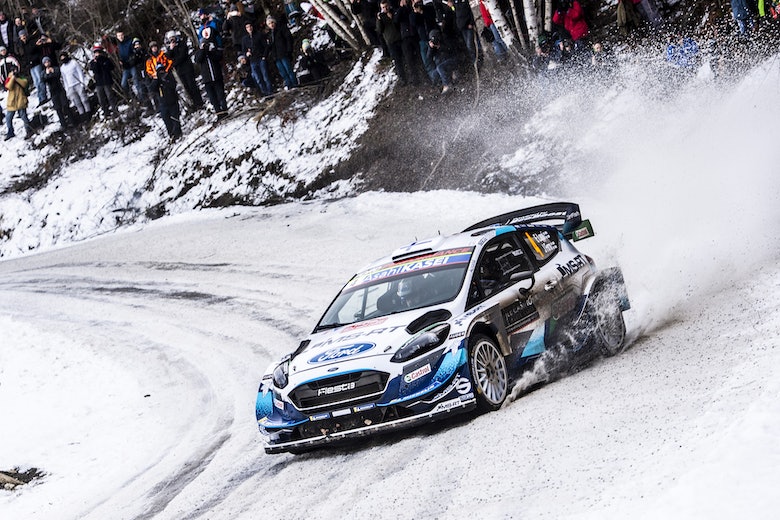