The United States of America and the World Rally Championship haven’t always been two entities with the most obvious of affinities.

Think of motorsport in the USA and you’ll probably picture cars hurtling around ovals at frightening speeds, and it’s certainly not unfair to suggest that the country’s greatest driving talents cut their teeth in a world far different from that of rallying.

But back in 1986, it was a little bit different. The US had the honor of not just hosting that year’s WRC finale, but also, as it transpired, the last ever world championship round for the revered Group B era. 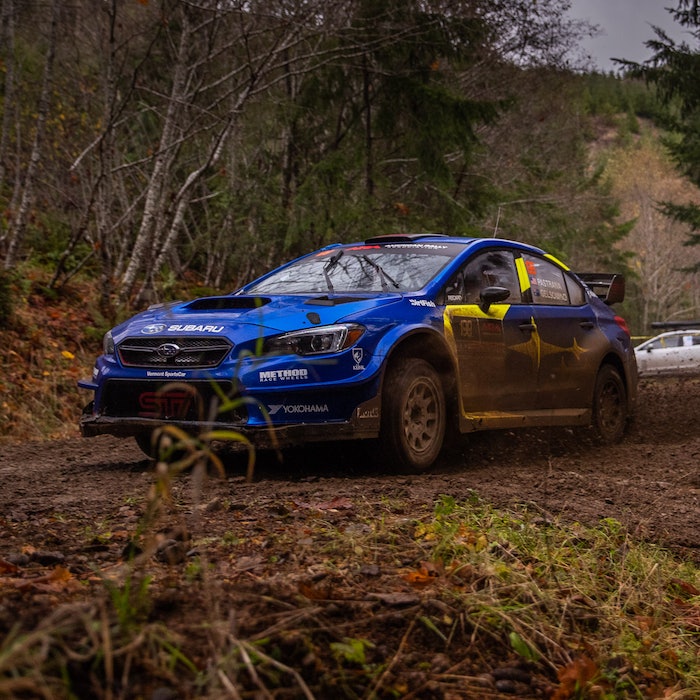 WHAT YOU NEED TO KNOW AHEAD OF THIS YEAR'S OLYMPUS RALLY

THE 2021 ARA SEASON RESUMES FOR ROUND THREE THIS WEEKEND

The last time America had been a stop on the world championship’s global tour was back in 1974; just the second year in series history and five years before the driver’s championship was even created. A lot more besides championship structure had changed in rallying in that 12-year period before the 1986 Olympus Rally.

The Group B supercars that burst onto the scene at the start of the 1980s had revolutionized the discipline in multiple ways, and absolutely thrilled onlookers. Audi, Peugeot, Lancia, Ford and Austin Rover all created bespoke, four-wheel-drive rally monsters that made heroes of the drivers, but at an increasingly great cost.

The 1986 season was ultimately a capitulation of Group B’s problems. There had been accidents – and deaths – in the past but they become too common to ignore when Joaquim Santos’ Ford RS200 careered into a wall of spectators in Portugal, with five fatalities and over 30 injured.

And when Henri Toivonen was killed on that year’s Tour de Corse, enough was enough. Governing body FISA decided to outlaw the cars from 1987 onwards as the support class, Group A, became the headline act. 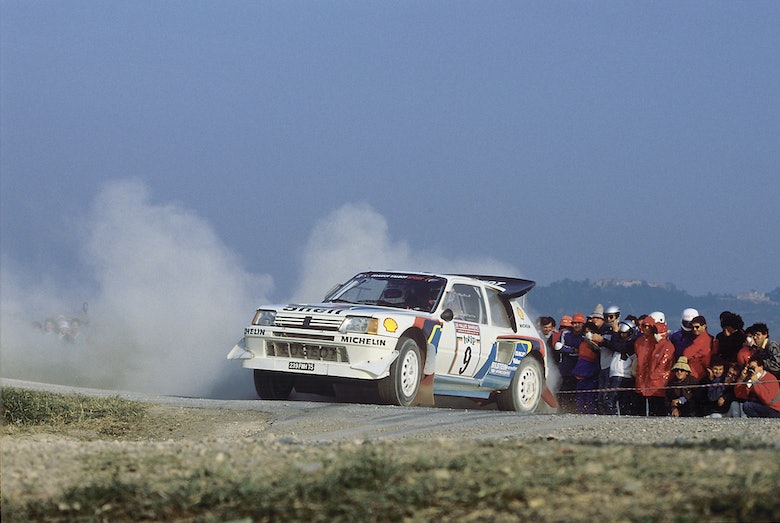 But aside from the tragedy, a fight for supremacy was brewing on the stages between two titanic Finns: Juha Kankkunen and Markku Alén. Kankkunen bested reigning champion Timo Salonen to spearhead Peugoet’s charge with its 205 T16 after he joined from Toyota, while Alén was Lancia’s main man after Toivonen – who had looked an early title favorite with a superb victory in Monte Carlo – had his fatal accident in a Delta S4.

Kankkunen looked to be the stronger bet for the title when he and Alén made the trip to Olympia on December 4-7. He had three wins (Sweden, Finland and New Zealand) to Alén’s solitary Sanremo success. Alén’s victory was orchestrated by Lancia as all three Peugeot cars were excluded with illegal side skirts. More on that later.

With Peugoet already confirmed as manufacturers champion, the Olympus Rally didn’t attract a large world championship entry with little incentive for anyone other than Kankkunen or Alén to travel so far in cars that were being banned afterwards. Indeed Kankkunen and Alén’s were the only two works, four-wheel-drive Group B cars that crossed the start ramp.

Alén was up for it though, keen to “take the winning result and take a little bit the feeling in this team” after the deaths of Toivonen and Attilio Bettega the year previously.

Kankkunen, who had recently been confirmed as Alén’s team-mate at Lancia for 1987, offered: “It’s going to be a very interesting and very nice fight. They [the stages] are almost similar or a mixture from England and New Zealand. Very hard surface, some of them very narrow but some of them twisty and very nice for the driving.”

The first stages of the rally were held under the blanket of darkness, and it was Kankkunen’s Peugeot that emerged quickest, 11 seconds up on Alén’s Lancia. But as a new day dawned, things started to go awry for Kankkunen who clocked into the day’s first stage a minute late and picked up a 60s penalty as a result of the Peugeot Talbot Sport mechanics taking too long to change his 205’s battery in morning service.

But despite being handed a handsome lead, Alén struggled to keep pace with Kankkunen across the first day and would have his advantage all but halved to 36s come the end of the opening day on Friday. In a winner-takes-all squabble for the crown, this was far from ideal.

In a bid to reverse the trend, the Lancia team changed the springs and front differential on Alén’s Delta S4 ahead of Saturday’s stages. It worked. Kankkunen was still flying and initially continued to chip away at his countryman’s lead – aided by a right-rear puncture for Alén – but as the pair reached midday service on Saturday, Alén was doing what he needed to do and had begun to limit the time loss.

“I have been trying but Markku is a little bit faster today, seems to be than me,” Kankkunen admitted. “Also he is driving very, very well now and he’s cutting a lot of corners so it seems to be that he’s driving like hell.

“We will see, it seems I have to start to do something. Maybe he has finally found the fifth gear of his car!”

Alén’s rebuttal: “The car is a bit better in this forest than yesterday and the weather is beautiful now.

“Lancia is never so good in very tight and twisty roads but this morning has started well and I hope it goes like that.

“I have something in the pocket for tomorrow…”

Well I am world champion, that's it Markku Alén

It wasn’t just tomorrow that Alén had pace stowed away for though. An inspired performance on Saturday afternoon boosted his lead to 1m32s at the end of the day over a powerless Kankkunen.

Kankkunen would wrest some time back on the third day though, narrowing his deficit to under a minute before his progress hit a wall. That’s because as darkness fell, Alén was back in the ascendency and indeed would nudge his lead up to 1m26s after the rally’s 40 special stages.

Multiple US rally champion John Buffum upheld local honor in his Audi Quattro to finish in third; six minutes ahead of the leading works Toyota Celica Twincam of Lars-Erik Torph but over 24 minutes down on rally winner Alén’s time.

This should have provoked a champagne frenzy on the finish ramp for Alén who had just defeated his great rival to become just the seventh ever World Rally Champion. But celebrations were somewhat muted. It wasn’t that simple.

That’s because the controversial Sanremo exclusion for Peugeot cast doubt over the destiny of the title. Peugoet had protested the rally organizer’s decision with a verdict set to be reached on December 18, 11 days after the conclusion of Olympus Rally, so despite Alén winning the title in theory it was a success that was yet to be confirmed. If Peugeot won its appeal, Alén’s victory in Italy would be annulled, thus handing the title to Kankkunen instead.

“Well I am world champion, that’s it,” Alén declared at the end of the rally.

“It’s FISA’s problem to decide it,” was Kankkunen’s take, “but it’s a big surprise if they don’t do anything for the points.” 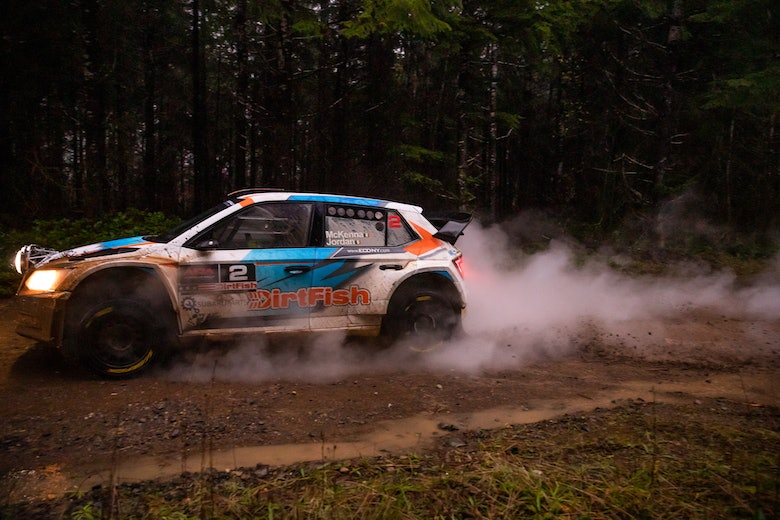 2020 Rewind: McKenna too hot to catch on Olympus Rally

Ultimately Peugeot’s appeal was accepted, scrubbing the results of Rally Sanremo and earning Alén an unfortunate place in rallying history as a world champion for just 11 days.

The epic title decider between Alén and Kankkunen on the Olympus Rally was therefore rather academic, with Kankkunen’s final points total putting him 14 clear of Alén – enough to retrospectively guarantee him the title after the RAC Rally before the battle even begun in America.

But for US rally fans, they got to witness what was, at the time, a winner-takes-all fight for the title between two fire-spitting Group B monsters that were being driven on the absolute limit.

The Olympus was retained on the WRC schedule but in a mid-season summer slot in 1987 and ’88, and was again won by Lancia – firstly by Kankkunen and then Miki Biasion. As entertaining as they were, neither could live up to the palpable spectacle of two of Finland’s greatest drivers squaring off for rallying’s ultimate prize.

The USA may have only featured on the WRC schedule a handful of times, but it will always be remembered for controversially closing the chapter on rallying’s craziest, and arguably greatest, period. 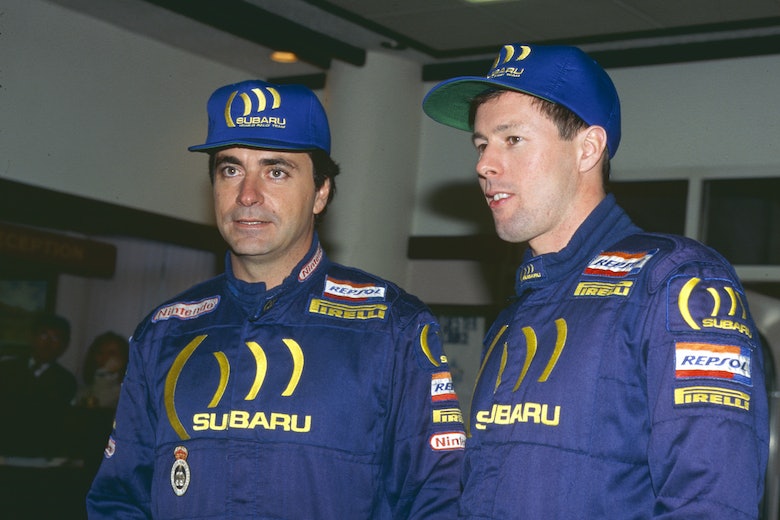 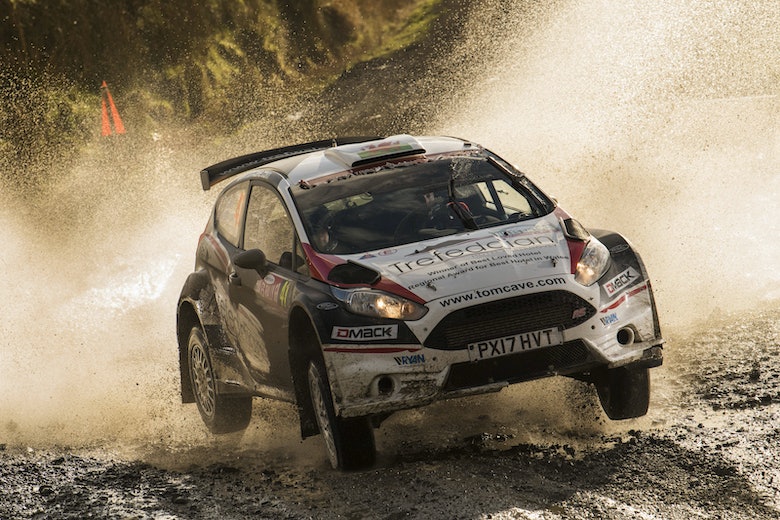 Rally GB Retro: The other Brits who excelled at home 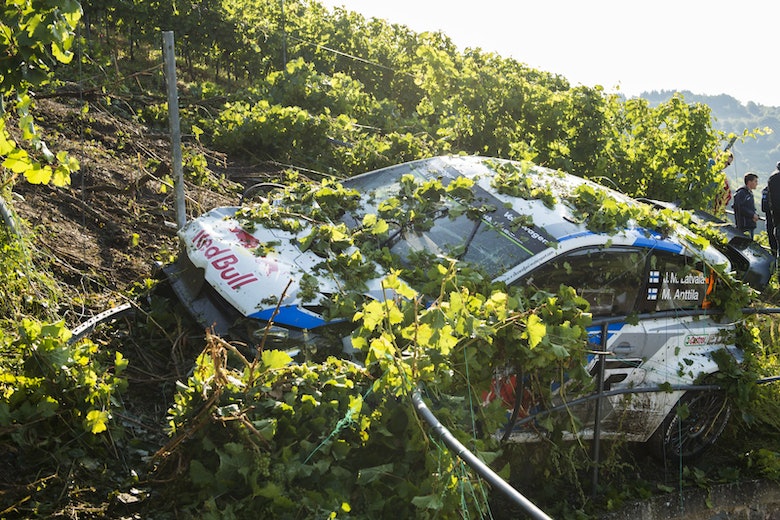