After finishing second on the season-opening Monte Carlo Rally – a performance he wasn’t totally satisfied with either – Evans started the first leg in the Arctic Circle second on the road behind Toyota team-mate Sébastien Ogier.

This might not have been the disadvantage it normally is with the Arctic chill expected to yield temperatures well below freezing.

But on Friday, as Ogier put it to DirtFish: “We had an unfortunate situation to see the first day with positive temperatures.”

What that meant was the base of the snowy roads wasn’t as solid as was expected, and the cleaning effect was severe for Ogier and Evans who ran at the head of the field.

Ogier suffered worse as he slumped to ninth overnight, so in the circumstances fifth place was decent for Evans. He was 2.2 seconds behind Thierry Neuville, the next car behind him on the road, but his deficit to rally leader Ott Tänak was already 32s.

In the end, he would finish 1m01.5s behind the Hyundai driver – his attack blunted by some poor stage times particularly on the second pass.

There were two stage wins on SS4 and SS9, but Evans quickly found himself in no man’s land as he was quicker than those behind but not fast enough to make inroads on the top four as Neuville raced towards the podium.

There was late hope when he closed to within just 3.6s of Breen ahead of the powerstage, but a deep analysis from Breen in the regroup produced a masterful performance that left Evans in the shade.

“I had flashes of very, very good speed, mostly on the first pass condition, but really struggled to do anything once the ruts came with the frozen gravel and I seemed to be the Toyota driver that suffered the most in that condition to be honest.

“I probably have the capability to be as fast as anybody when the condition is fresh but really struggled in the second pass conditions so need to look into that a bit further.”

Evans’s theory is backed up by the times, with Sunday’s powerstage perhaps the best example of it. As already acknowledged, Breen made a breakthrough of his own for the finale but Evans went from winning the test and beating the Irishman by 6.5s to dropping 5.3s to him on the repeat pass. And he felt like he had “a good, clean run”.

“It’s back to what I said earlier,” Evans stated when asked what he thought of Breen’s emphatic response to keep hold of fourth. 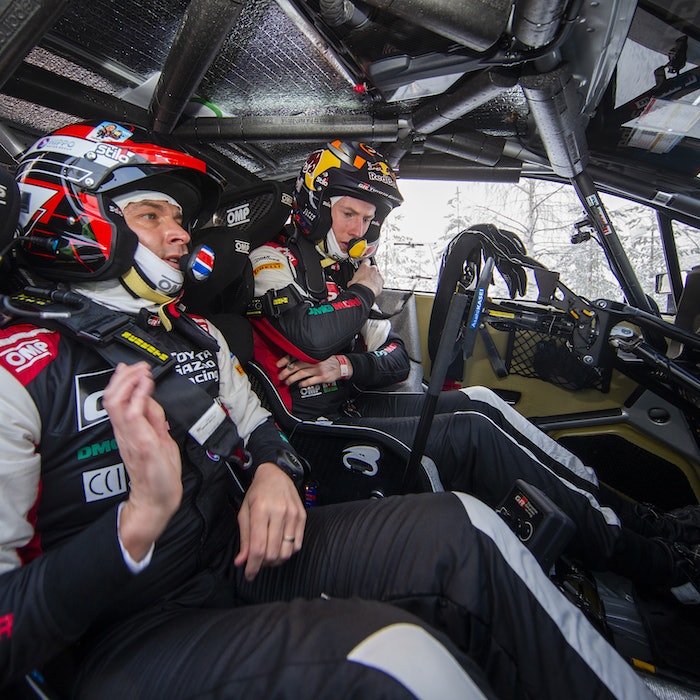 I've not been too happy with either of my first two rallies of the year so definitely looking to change things around. Elfyn Evans

“Basically we’ve gone back to that [rutted] condition and I didn’t feel like I’d had a bad run at all, it felt it was a good run but the time was not there at the end so we need to really understand why.”

Evans wasn’t the only Toyota driver to be mystified by a lack of pace in Rovaniemi. Kalle Rovanperä felt his Yaris WRC had too much understeer and wasn’t behaving like it did on the pre-event test, even suggesting that perhaps Toyota chose the wrong location for its testing.

Evans rebuffed those claims somewhat as he believes “nobody could predict” the increase in temperature for the rally. The 2020 World Rally Championship runner-up didn’t want to make excuses for his performance – which is his lowest finish for Toyota barring last year’s Monza Rally crash – which he simply felt wasn’t up to standard.

“We have scored some points but still I feel we should’ve scored more,” he said.

“I don’t think we were ever going to have the pace to challenge for the podium places but I definitely think that I let the time slip to Craig earlier in the rally when that could’ve been avoided.

When asked about how he plans to bounce back when the WRC resumes next month, Evans said he needs “need a strong performance” in Croatia.

“I’ve not been too happy with either of my first two rallies of the year so definitely looking to change things around.

“I think naturally coming off the back of last year we know I have a car that’s capable of winning rallies so that always has to be the aim.”

The 2021 season has been a curious one for Elfyn Evans so far.

Second place was a solid start to the year but Evans was frustrated that he couldn’t unlock the same pace that Ogier did in Monaco – even if Ogier is a master of his home event.

Fifth was a bit of a comedown for Evans on the second round, having won the WRC’s winter rally last year, as he again struggled to get absolutely everything from his Yaris.

Evans could have been the defending World Rally Champion this year, and he would have deserved that accolade had he gone on to achieve it. He isn’t quite on world champion form this year though. Not yet, anyway.

It would be too simplistic to say the goalposts have suddenly changed since Evans’s fateful slip down the hillside near Bergamo last December. But the outward – and no doubt inward – perception and expectation has changed drastically in the last 12 months since he moved from M-Sport to Toyota.

Evans punching in top times, scoring podiums and winning rallies is now what people expect to see from him – not what they dream he might be able to regularly achieve. That will no doubt have some kind of impact on Evans when he prepares and drives.

Arctic Rally Finland was perhaps a missed opportunity given his team-mate – and likely biggest rival – Ogier faltered and chucked his Toyota into a snowbank. Fifth place and no powerstage points wasn’t the best way to capitalize on that, and indeed the pair are actually currently tied in the championship standings with 31 points.

Again, it would be far too hyperbolic to suggest Evans is in trouble but he does appear to be stuck in some kind of a rut (if you’ll pardon that desperate attempt at a pun).

Or maybe he isn’t, it’s just the standards he has set himself have been incredible.

For fifth to be his lowest finish in Toyota colors with the exception of Monza is ridiculous. If you like your stats, you might also be interested to know that Evans actually sat in that fifth place for the entire rally.

Croatia will be a big opportunity for him, and Evans acknowledged this to DirtFish. He is yet to drive a pure asphalt rally in a Yaris WRC, but previous form in a Ford Fiesta suggests he will be bang on the money. A podium, or better still a victory in April will put all doubts to rest. 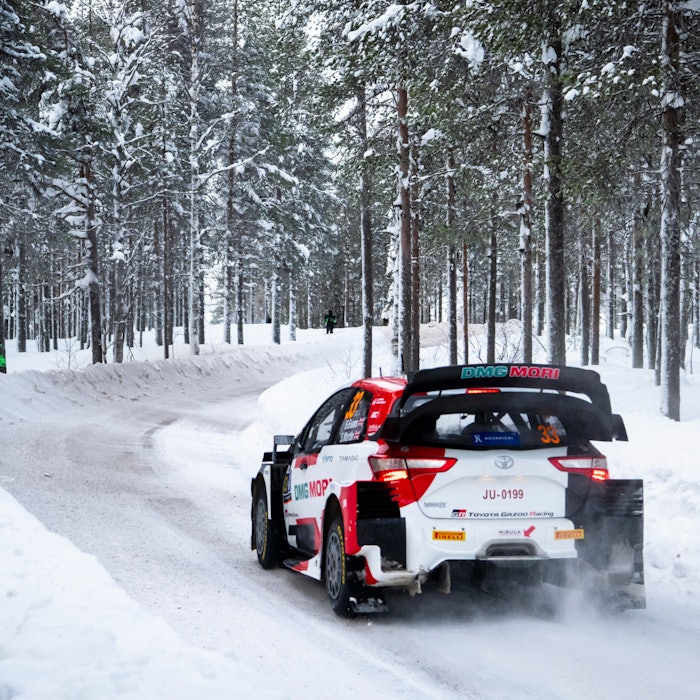 FROM SOLBERG'S HEAD-TURNING WEEKEND TO ROVANPERÄ’S VICTORY QUEST, IT'S ALL REVIEWED

If not, Evans risks falling into the Mikko Hirvonen position of a WRC nearly-man. Evans’ title shot came quite early last year, but now he’s been in the equation on the final round he can’t be satisfied with his career unless he has completed the job.

His team-mate Rovanperä could well be the problem though. With Ogier retiring at the end of this year, the floor is open for a new driver to assert their authority in 2022. When Loeb stepped away in 2012, Hirvonen was expected to be the man to fill his shoes as the one that had pushed Loeb hardest in previous years.

Ogier turned up and dominated. It would be foolish to believe that Rovanperä isn’t capable of doing just that to Evans.