It’s not hard to understand why Adrien Fourmaux was keen to distance himself from comparisons to Kalle Rovanperä and Oliver Solberg ahead of his first World Rally Championship event in a World Rally Car.

One’s the current leader of the WRC – even if his off on the opening stage of Rally Croatia will almost certainly change that – and the other is the son of the 2003 champion. So seeing another comparison to that pair is probably the last thing he wants right now.

But they are the two young talents who, more than any of their contemporaries over the past five years, have hit the ground running on their first proper opportunity in a World Rally Car on the world stage. As we put it, they are “irresistible benchmarks”.

Sixth at the end of day one in Croatia, 1m14.7s off the lead, might not give the impression that Fourmaux’s first loops have lived up to the precedent set by his younger peers, but there are similarities.

Remember on Arctic Rally Finland when Solberg was only 10th fastest on SS1? Sure, that was in part down to a spin, but those opening miles were all about finding his feet (before he then overshot and set a top-five time on the next stage).

Fourmaux’s SS1 in Croatia was similar in terms of the overall picture. No spin, granted, but setting the eighth-fastest time behind Pierre-Louis Loubet might perhaps be considered a little reserved, particularly considering his pace relative to the 2C Competition Hyundai driver since.

But come the next stage he was fastest of what, for want of a better expression, we might group this weekend as the World Rally Car ‘Class B’ runners (the two M-Sport Ford Fiestas, Loubet and Takamoto Katsuta) and not that far away from Breen’s effort.

Fourmaux was in the top six on stage times for the majority of the day thereafter, and cracked the top five on two occasions.

What’s more, and with the greatest respect, Fourmaux is making his top-flight debut in the M-Sport Ford Fiesta – which hasn’t had the measure of its Hyundai or Toyota rivals this season. But the latest specification engine installed this week is helping in that direction.

So another way to judge how well he’s done is to compare his performance with those of Gus Greensmith in the other Fiesta.

Greensmith’s an easy target for criticism but a pre-event change of co-driver, with the experienced Chris Patterson stepping in, raised expectations – albeit with the caveat that the two should be afforded time to gel.

Still, that gave both drivers a motivation for this weekend – yet it was Fourmaux who laid down the first marker by going faster of the two on SS1, the slippery Rude – Plešivica test. By the end of the day he’d been the quicker of the two on seven of the eight stages.

Moreover, Greensmith’s pace relative to the front also appeared sharper than on recent opening days, where he has complained of giving his rallies away. M-Sport team principal Richard Millener commented on the “massive improvement” the team had seen in him. 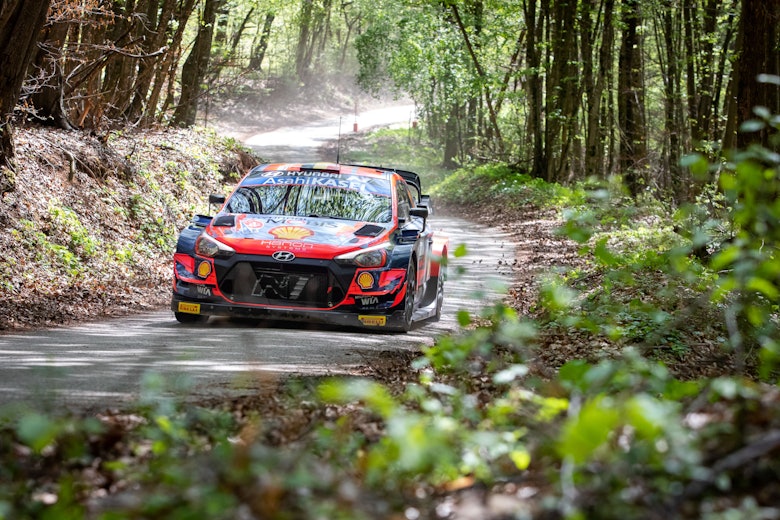 Still, seeing Fourmaux slot into that role seamlessly was just what M-Sport needed.

“This is exactly the performance we wanted to see from Adrien, and his excitement at the stage ends has lifted the entire team,” said Millener. “His pace is pretty much there already, and he’s only going to get better the more time he has behind the wheel.”

It doesn’t seem a stretch, therefore, to call Fourmaux’s first day faultless. That doesn’t mean it was scintillating, nor attention-grabbing, and it’s important to remember this is only day one of three. But it was without a noteworthy mistake and despite the relative lack of pressure riding on his first start, to be on the pace so soon and to be received with such praise from the team is a sign of how assured his performance was.

It’s little wonder he was beaming come the end of the Friday.

“[I’m] really glad to say I’ve finished in the top-five in two stages today,” said Fourmaux, who did previously drive the Fiesta WRC on last year’s Rallylegend. “I was only 0.4s per kilometer slower, it’s a really good improvement [this afternoon] compared to this morning and the first loop, I’m learning a lot today and enjoying [myself], I took so much fun in the stages with the car. It’s an amazing car, it was brilliant.

“The thing is that the rally is so difficult because sometimes you only have a line just to put your wheels on and if you go out [of it] too early or run too wide, you can be in the loose or the dirt and you’re sliding a lot.

“Sometimes you have big bumps and if the car is touching, it pushes the car out of the line, that’s why sometimes I had one bad moment. But I think many drivers had [these], because I see many lines, some not coming back.

“I need to stay focused and rest as much as possible.”

Sixth is likely the limit for Fourmaux and, if that’s the case, this won’t go down as one of the most remarkable top-flight debuts the WRC’s ever seen. But it needn’t be that – the same kind of measured performance over the remaining two days, with top-five stage times scattered here and there, will be enough not only to justify M-Sport’s faith in him but to also prove comparisons to the WRC’s current wonderkids are not without merit.