The last ever gravel rally for the World Rally Car formula certainly didn’t disappoint. Rally Finland 2021 was a thriller and had a profound effect on the World Rally Championship points table.

While it won’t necessarily be fondly remembered by the locals as no Finnish driver managed to win any of the 19 stages – or feature on the podium – there was plenty for the rest of us to dissect and enjoy.

Here’s what we learned from 2021 Rally Finland:

Evans can still very much cut it

Finland was a big statement from Elfyn Evans, and one that very much went against the recent season narrative. If there was going to be a Toyota claiming a maximum of 30 points, you’d have fancied Kalle Rovanperä to do it – not Evans.

Evans found something from his Yaris WRC that his team-mates simply couldn’t; teed up from the pre-event test. So while Sébastien Ogier and Rovanperä both struggled, Evans was on it from the off and destroyed the opposition on Saturday morning to set up his win. 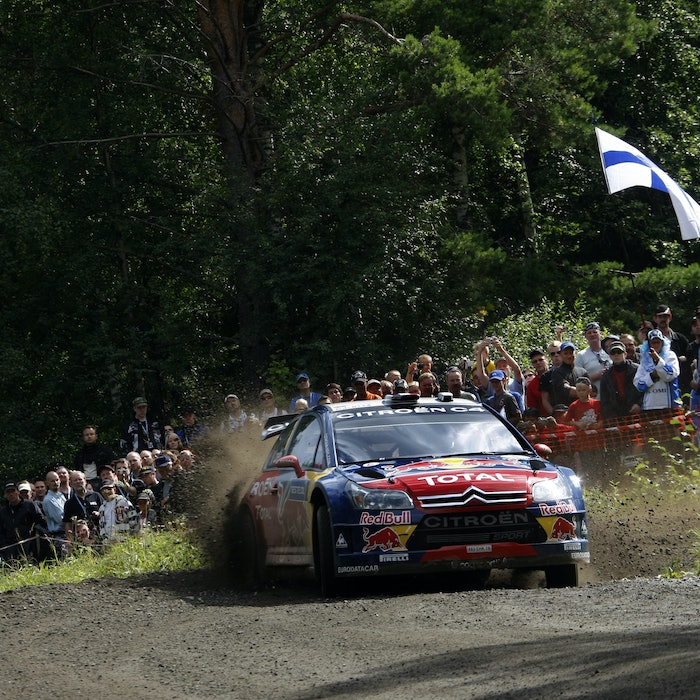 THE EXCLUSIVE CLUB EVANS JOINS WITH HIS FINLAND WIN

Scandinavians normally win at home, but a few overseas talents have broken their reign

We haven’t seen this version of Evans for too long really in the WRC, and his timing couldn’t be better. Not only can he now proudly call himself a Rally Finland winner, but he capitalized on a poor weekend from Ogier – even clinically risking it all for the five powerstage points – to prolong the 2021 title battle.

It’s still very much Ogier’s to lose with a 24-point advantage with two rounds to go, but it’s not looking like the walkover that it was this time last week.

Hyundai’s Finland jinx is over

As motorsport fans and journalists, it’s easy to get obsessed with history and find ways to marry previous statistics and form to current performance. But the fact Hyundai had never taken a podium on Rally Finland in six attempts under its modern guise really was startling.

That’s now been well and truly corrected with a two-three finish for Ott Tänak and Craig Breen, and both drivers showed pace to win the rally throughout the weekend too.

Hyundai has of course performed well on fast rallies in recent years, winning both Rally Estonia in 2020 and Arctic Rally Finland earlier this year, but there was no guarantee that was going to correlate into competitiveness on Rally Finland as Tänak explained on Wednesday.

“The roads around here are quite unique and they are constantly up and down with some crests. It’s not only the jumps that is demanding in the Jyväskylä area, there are always some long crests and short crests which just make the car a bit light.

“In Arctic it was mostly quite flat roads with maybe some crests and some jumps let’s say. In Estonia there are not so many crests, it’s mostly just the big jumps so nothing special, but Finland is very, very unique with that and it will be something that obviously Toyota guys have been very strong in the past.”

Hyundai clearly corrected its deficit, even if it probably came too late as the i20 Coupe WRC will never turn a wheel on gravel again.

Breen has never been in better form in the WRC, netting his third podium finish in succession in Finland. It may have been third this time, not second, but on Friday he led a rally overnight for the first time in the world championship and looked to be able to keep with his team-mate Tänak.

But for the third event in a row, he slipped back somewhat on Saturday to leave him in conservation, not attack, mode on the final day. Titling this section ‘doesn’t like’ might be harsh though, because it isn’t really Breen’s fault that this is happening.

As he told DirtFish after Saturday in Finland: “Honestly, our pace today is not too dissimilar to what we were on yesterday, it’s just the guys [ahead] found another level again. Like everyone knows, I take these little small steps, I took quite a big one this weekend, I feel.”

Breen only needs an extra 2-3% to reach that level, but he isn’t going to find that as a part-time driver. If he can land a full-time drive for the 2022 season – and it’s to be believed that he has – then it can’t be long before that maiden win is chalked off. And if this was to be Breen’s last rally for Hyundai, he certainly went out in style. 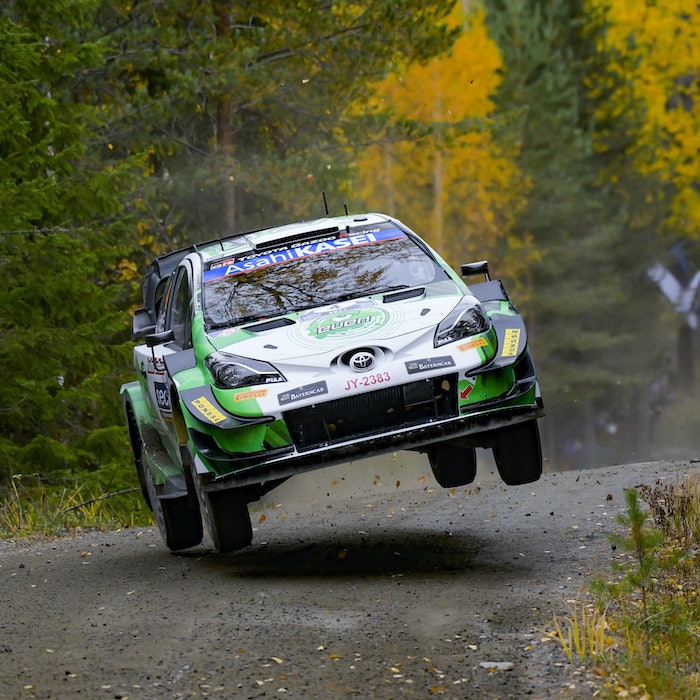 DirtFish understands an announcement could be due soon

Jari-Matti Latvala has been careful to make clear that Esapekka Lappi wasn’t under any specific pressure to perform on Rally Finland, and that the result would mean nothing for 2022 as his Yaris was rented and paid for.

While the first part may be true, take the second element with a pinch of salt. It’s widely believed that Lappi will soon be announced as a Toyota driver next season, competing on the events Ogier won’t be doing.

But if Lappi’s drive was to be treated as an audition, he certainly made a compelling case for himself. Finland was a perfect place for him to do it as it’s a rally he knows well and has won in the past, but the flip side to that is it requires immense commitment and the Finn hadn’t driven a World Rally Car in competition since December.

The fact he was able to hang with the leaders on the opening day and then put in some impressive stage times to net fourth overall will no doubt have impressed Toyota. As his own biggest critic, it’s what Lappi would have expected from himself, but it was a timely reminder that Lappi still very much has the raw materials to be an immensely successful WRC driver.

Teemu Suninen clearly feels aggravated by his 2021 season so far, as he takes every opportunity he can to subtly throw digs at his old employer M-Sport.

“It’s nice to be in a good, proper team who is working well and giving everything to make good results,” he said, fresh from winning WRC2 in a Movisport-prepared Volkswagen Polo GTI R5.

For whatever reason, M-Sport was suffocating Suninen. Finland was the first step towards reviving him.

He had to fight for his win, fending off a rapid Mads Østberg and then dealing with a radiator issue that could have ended his rally on the spot on Saturday. But perhaps the crucial thing is he looked relaxed. He was free of the mounting pressure and expectation that dominated the latter spell of his M-Sport tenure.

No rally driver wants to drive a Rally2 car over a World Rally Car, but Suninen might just have at the weekend.

Winning in WRC2 looks far more impressive than finishing sixth in the WRC – and judging the pace of the Ford Fiesta WRC in Finland, that’s likely where Suninen would have finished had he not cut ties.

You can’t depict a full picture from just one event though, so it’s too early to say if Suninen’s call was 100% the right one. But with a Hyundai Motorsport opportunity in Spain next weekend to come, his rebuilding process looks to be gathering pace.

Finland could easily run in the fall

Two years is far too long to wait for Rally Finland. If we’re honest, a few weeks without Rally Finland in our lives can feel taxing at times. But with hindsight, the two additional months on top of those two years since 2019 were worth it, as Finland looked absolutely stunning under fall conditions.

McKlein’s gallery (look out for that later this week on DirtFish) will prove the point emphatically, but the crisp browns, oranges and deep reds of the forest made this spectacular event look even more gorgeous.

As a one-off, it provided a twist for the drivers too who were having to adapt to slightly different road conditions than usual and the opposite of the usual tire overheating. And the added complexity of night stages is always fascinating too.

It’s highly unlikely that Finland will switch to a permanent fall date as it normally targets a holiday-time date, but you won’t hear many rallying fans complaining if that was ever to happen.

What did you think of Rally Finland? Leave your thoughts in the comments box below. 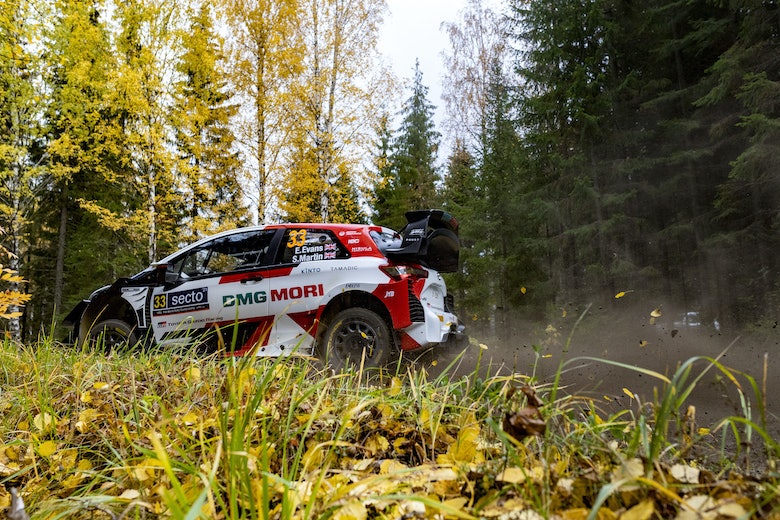 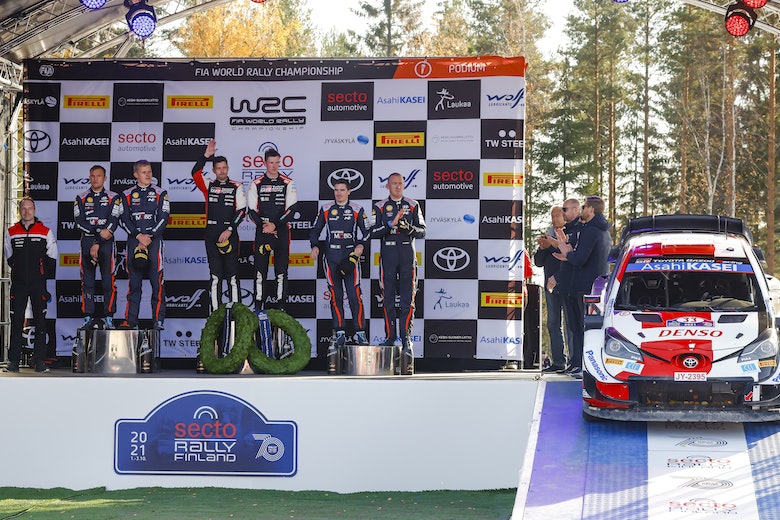