Sometime in the summer, somewhere in Poland, something very important happened.

For rally fans and, in fact, the sport as a whole, all eyes are on 2022. The next generation of Rally1 cars is considered by many to be the most important in the sport’s history. It’s not hard to see why. We’re at a point where burning fossil fuels is decidedly unfashionable in some quarters and we have to look to the future.

Hybrid’s the answer. Or it’s an answer.

But does that make the 2022 World Rally Car (I know we’re not supposed to call them that anymore, but I do still like that name) the most important rally car on the horizon right now?

How, you might be asking, can a car aimed between the Rally2 and Rally4 rival Rally1?

Back to the point in question: how can Rally3 be the most important car for the sport’s future?

Put simply, Rally3 represents a complete re-engineering of the middle section of the FIA’s pyramid of rally cars. Granted, anybody who knows anything about pyramids would direct you towards the bottom bit as the most important element of any structure. And I’d agree with that. But, one step at a time.

Personally, I still think the bottom level, the foundations if you like (Rally5), of the sport’s homologated form is still far too expensive. But that’s another story for another time.

We’re focused on the middle bit.

This is the new Group N.

Admittedly, it’s a bit down on power compared to the final evolution of the Evolution (was it the Evo X?) and it might not have all the centre diff jiggery-pokery available from Subaru’s WRX. But it’s four-wheel drive, 215bhp, Sadev sequential gearbox, a more than capable Reiger at each corner and it’s €100,000.

That, my friends, is the silver bullet national and regional championships have been waiting for. If the Fiesta Rally3 I’m sitting in right now doesn’t fly off the shelves from the moment it’s available next year, then I’ll eat the pacenote book I’m holding in my hands.

This car is that important.

This car will breathe new life into domestic series around the world. Granted, it hasn’t got the fire-breathing, be-winged appeal of the Rally1 two rungs north, but it’s a car that will work across the board.

Or I’m hoping it will.

I’m hoping that because I’m currently heading towards left-hander that, even with the camber working in our favour, I have very little chance of making.

I’ve heard that reassuring voice from the other end of a good number of intercom.

Eyes open, I offer Matthew Wilson a thumbs up. And a giggle.

Let’s rewind an hour or two. It’s the Monday after Rally Italia Sardegna and Team DirtFish is heading back to the hills for one more day of rallying. And today’s a very special one. We’ve got a date with the future of our sport.

While we stopped for a chocolate croissant in the rain, Wilson was busy pounding a well-known test road close to Tempio, towards the island’s north.

The worst of the rain has yet to arrive at the test, but the road’s still seen better days. It’s littered with rocks and rail-road ruts which I secretly fear will eat M-Sport Poland’s latest Fiesta for lunch.

As is always the case at a test, I start to build a picture of the speed in my mind. Off the line, the car’s launch is three-cylinder swift. Not neck-breaking. The first couple of corners build the speed, in a composed and undramatic fashion, but then the car’s out of sight and away up a fairly steep hill that could expose a lack of wind in the sail.

As usual, Matt’s drafted in the fastest Tea Cake maker in the world to co-drive. Unfortunately, Stuart Loudon’s spent far too long making Tunnock’s tastiest treats and not nearly long enough tasting them. He finds the whole belt-lengthening procedure considerably funnier than me.

“Do you want the notes?”

Too right. I’ll need something to read. This is no World Rally Car.

“What does that say?” I ask, pointing at a word that looks unnervingly like ‘Danger.’

I’d decided to rehearse the first couple of notes, just to make sure I delivered them well enough to convince Matthew I had a future alongside him.

“Shall I count you down?”

Wilson looked a little bit bemused, not for the first time with me co-driving.

Nice one. Watch this: I’d have Stuey out of a job sooner than he could say “Caramel wafer.”

Happy I’d got him through the first two corners from memory, I looked down to read on.

“What is it David?” asked my driver, wondering what could have gone wrong in the first 500 meters of the stage.

“I haven’t got my reading glasses on.”

We pressed on regardless. Fortunately, Wilson had memorized the stage.

The car was impressive. My mind’s eye idea of what it was capable of was blown apart in the next four minutes.

The Reiger dampers, evolved on a variety of Fiestas down the last decade, dealt beautifully with those ruts. In or out, half-in, half-out, no bother, the car was composed and balanced. And there was no ducking the biggest of the rocks.

Matthew held the line and, at times, even seemed to aim the car unflinchingly at chunks of Sardinia which would have folded a Group N car in half. The Fiesta didn’t wince. Not once.

"Don’t get me wrong. You know you’re not in a Rally1 car; the speed, response and rock-riding ability of the car costing six or seven times more make that pretty clear. But on a blind test, would I have known I wasn’t in a Rally2 car?"

And that hill I mentioned? I forgot all about it. Not least because I’d shut my eyes for a little bit of it.

The road climbed through a couple of left-right kinks, easily straight-lined across the cambers, but over the next blind crest came a left-hander that filled the screen at an astonishing rate.

Wilson knocked the car down two gears, threw the car at the corner and buried the throttle. Using the camber perfectly, we were catapulted onto the next straight and away again (much of that comes via video evidence…).

Don’t get me wrong. You know you’re not in a Rally1 car; the speed, response and rock-riding ability of the car costing six or seven times more make that pretty clear. But on a blind test, would I have known I wasn’t in a Rally2 car? Once we were up and running, I honestly don’t think I would.

And that’s where Rally3’s going to score big.

M-Sport Poland managing director Maciek Woda – the man who took this car to a runway somewhere in the summer – has researched the market.

“There is a gap in the market,” he says, “between Rally2 and Rally4. There’s a group of young drivers who have been in front-wheel drive for a few years and are desperate to get into four-wheel drive, but there’s no kind of sensible solution. That’s exactly where the niche is for this car. It’s that car that’s slower than R5 and faster than R2. The demand for this car is how all of this started.

“Don’t get me wrong, R5 (Rally2, remember) is a massively successful formula, with thousands of cars sold around the world. But it’s quite expensive for a first four-wheel drive car. This is a more affordable alternative.”

Woda has, quite literally, been a driving force for change in this area. He and his M-Sport Poland colleagues have worked closely with the FIA’s technical department to find cost-effective solutions at every turn.

And this is the result.

“The response to the car has been amazing,” he says. “I knew we would have a lot of enquiries from around Europe, but what’s surprised me has been the interest from around the world – this is going to be a global car.”

The good thing is that it’s developed very much in the model of both the Rally2 and Rally4 cars, with suspension interchangeable from corner to corner and componentry designed to run through the course of the season. Ford’s 1.5-liter EcoBoost being a case in point.

“We started work on this project 18 months ago,” says Woda, “and in that time the regulations evolved a little bit allowing us to step up from the one-liter to an engine of upto 1600cc. We asked Ford if we could use the 1.5 turbo engine from the Fiesta ST road car. They agreed.

“This did cause quite a lot of work for some of the guys – we were quite a long way down the road with the one-liter engine from the Rally4 car, but the extra torque on offer from the 1.5 meant it was a no-brainer.”

Originally, there was an expectation that Rally3 would be a Rally4 with a rear differential and maybe even a kit of parts to build one into the other.

It hasn’t worked out that way. Down that path lay too many potential pitfalls to the kind of reliability Woda and his team was chasing.

Undoubtedly, there’s some carry over at the front end and much of the design philosophy is the same, but this is a new Fiesta. And a pacey one at that.

Back on board, Wilson’s showing me more of what the car’s capable of.

“Watch this,” he says, left-footing us into position for what was, first time through, a third-gear right that opened at the exit. Leaving us in fourth, the revs dip, but the torque picks the car up and carries it through.

“That sort of thing is so important for a car like this,” says Matthew. “It’s really important for this car to work on a variety of levels of ability. Yes, the youngsters can get in it and put it on its doorhandles, but as well as that it’s got so much torque (400Nm), you can leave it in a gear and focus on driving it through. For some of the people wanting to come out and have some fun without setting the world alight, this is the car for them.”

Those people were the Group B backbone of championships in the earth’s four corners. The very people who have been woefully underserved since the departure of Subaru and Mitsubishi as a homologated and cost-effective force. Yes, €100,000 is a chunk of cash for a rally car, but Rally3 will deliver more value for money than ever before.

And that is why this car is rallying’s real next-gen game-changer. 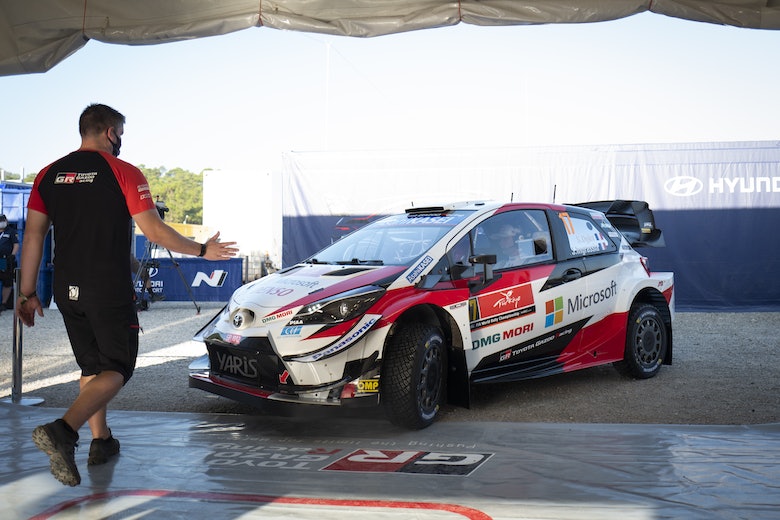 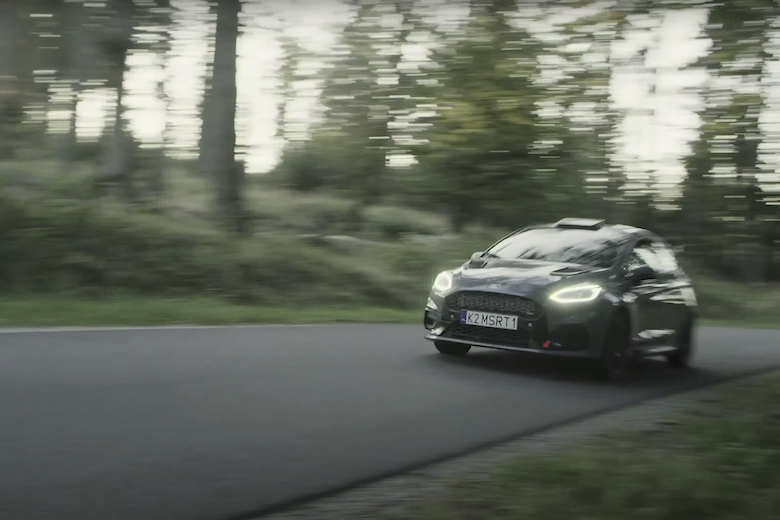 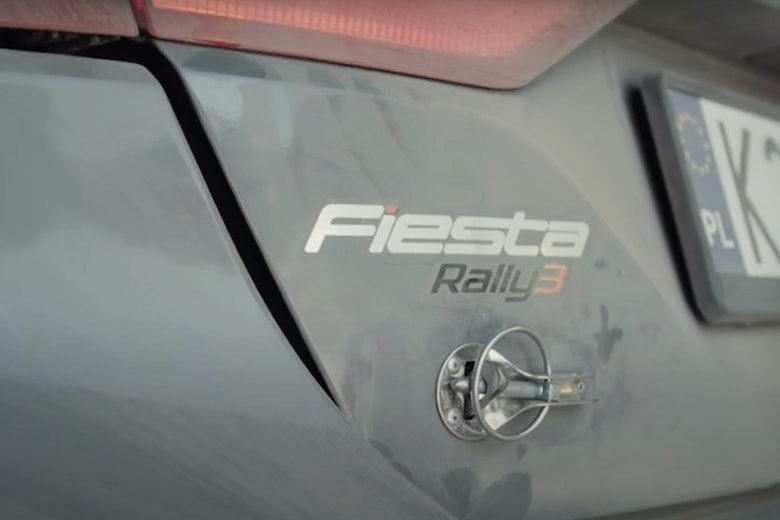 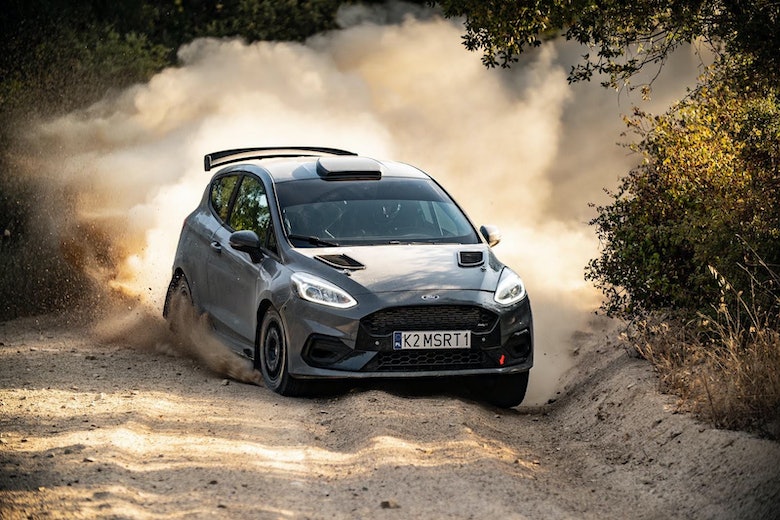