He’d done it again. Starting first on the road on a gravel rally – albeit with the weather somewhat in his favor on Friday – the championship leader had made the most of his first-day handicap, then blitzed the next two days to deliver a perfect rally; both victory overall and on the powerstage.

On the face of it, Rovanperä appears unstoppable.

Toyota’s third driver in Estonia, Esapekka Lappi, seems to agree. He was simply awestruck by Rovanperä’s performance and his ability to balance risk and reward.

“I don’t know, I cannot explain that. I don’t have words for him,” he told DirtFish.

Lappi though is not here for the season. He clocks in, punches his time card, then after a few shifts, hands over to Sébastien Ogier. He is not there to rival Rovanperä.

Evans, as the other full-timer in the Toyota line-up, very much is. To win the championship, he must first beat his own team-mate, before looking at the rest of the field.

But thus far, he hasn’t managed it once. Lappi is starting to believe his much younger compatriot simply cannot be beaten – and it’s time Evans woke up to the reality of his situation.

“I think he needs to accept it as well, that Kalle starts to be unbeatable. And that’s it,” Lappi said. “I believe he already accepted it. But if he doesn’t do it, for sure he’s f***ed.”

It would be easy to become demoralized witnessing the demolition job Rovanperä did in Estonia while driving the first car of the chasing pack.

Lappi thinks he can’t be beaten. Thierry Neuville, lying second in the championship, has also conceded that he can’t catch Rovanperä. 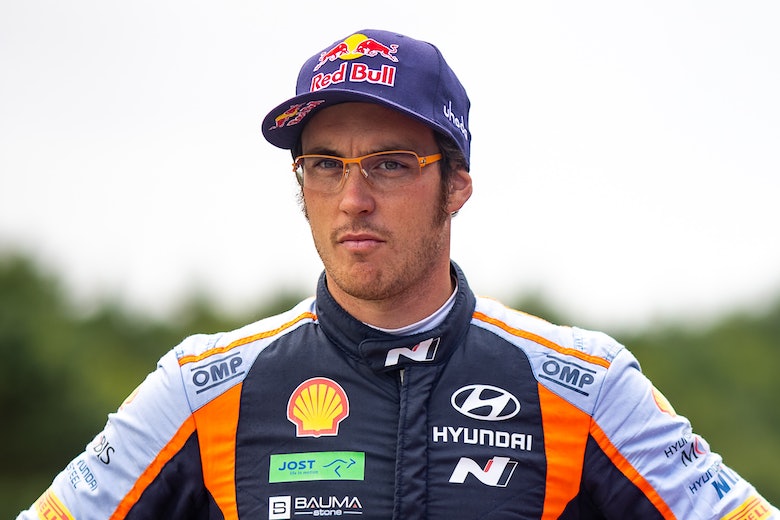 Neuville has given up on catching Rovanperä

Evans is less willing to admit defeat. Yes, he was beaten in Estonia. And in Kenya. And Portugal. And Sweden. He knows the challenge of breaking Rovanperä’s dominant streak is a huge one to achieve. But he doesn’t believe it’s mission impossible.

“It’s impressive but it’s not unbeatable,” was Evans’ rebuke.

He’s not looking at the time gaps progressively getting wider as Saturday, the day Rovanperä won seven of the eight stages held out in the forests, as the reference. What he’s more interested in is the gap between his 2021 performance and his 2022 performance. He’d found something.

“We know how strong he was last year,” said Evans. “To be fair, when you compare me and him this year, it’s a hell of a lot closer. From our side we’ve taken a step forward in Estonia.

“We’ll see for the rallies to come. It seems he is performing well everywhere now.”

Being on a roll helps, no doubt. Five wins in six is an imperious run of form. And, as Evans points out, that run is more helpful than Evans’ hunger to stop the rot.

Throwing caution to the wind when 83 points up in the title race carries with it little consequence. After all, what’s the worst that can happen – a 53 point championship lead? 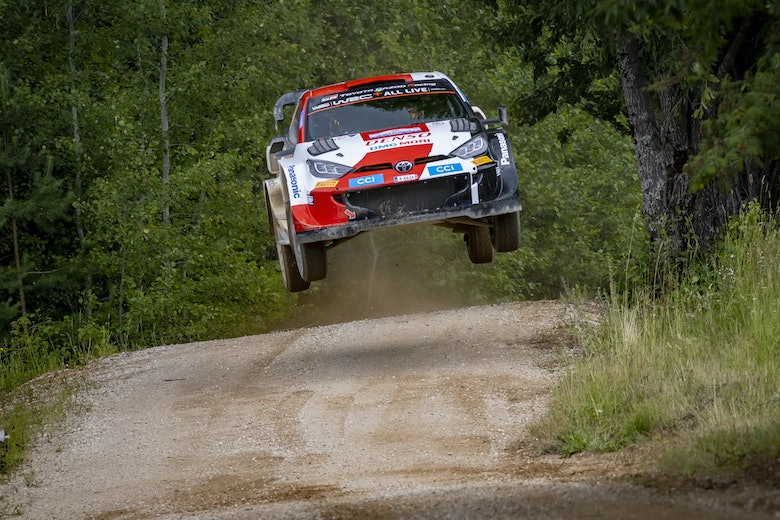 “We’ve seen Kalle’s form now, the highs he’s carried from rally to rally and continued to grow with that,” added Evans.

“Now he’s in a position whereby it’s almost that he has that much of a lead that he has nothing to lose, you know. It’s impressive nonetheless what he’s been doing.”

Form will play its part, certainly. Just as Rovanperä’s Estonia win this year put him on seven top steps in the last calendar year, a failure to win in Finland would mean Evans has gone a full year without a victory.

Is Rovanperä truly unbeatable? No, he was bested on merit at the season opener in Monte Carlo by three other drivers. But form is temporary and class is permanent, the old saying goes. And this form isn’t looking temporary anymore.