The plan was for Dan Barritt to return to partner Katsuta for Acropolis Rally Greece (September 9-12) as he recovers from an injury he picked up on Rally Estonia in July, but the Acropolis Rally entry list has revealed Williams will deputize for him once again next month.

It offers him and Katsuta a shot at redemption, as the pair violently crashed out of sixth place on the Ypres Rally on the 10th special stage last week.

Meanwhile, at Hyundai, Dani Sordo will contest his first WRC event alongside his third co-driver of the season Cándido Carrera. 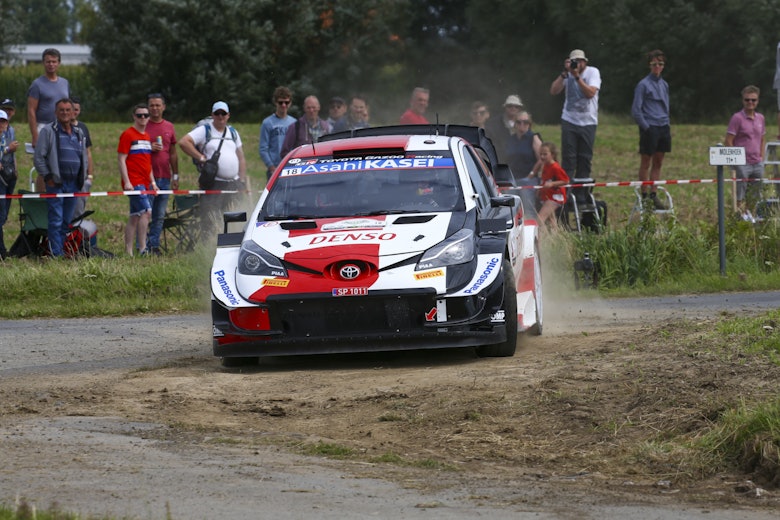 How Williams prepared for WRC bow

Another crew in need of a pick-me-up are Adrien Fourmaux and Renaud Jamoul, and for the fifth time this season they will drive the M-Sport Ford Fiesta WRC with Teemu Suninen remaining in the Rally2 version in WRC2.

Fourmaux was the first driver to crash on Ypres last week, exiting the contest on the rally’s third stage while Suninen also retired with a damaged engine.

Suninen will be up against a more competitive field in WRC2 than he was in Belgium as reigning champion Mads Østberg and current points leader Andreas Mikkelsen both return to action.

Mikkelsen will be without co-driver Ola Fløene as the pair parted ways after Rally di Roma in the European Rally Championship, but the Acropolis entry does not reveal who his new partner will be.

Oliver Solberg will drive the new Hyundai i20 N Rally2 on gravel for the first time while Sean Johnston returns to the WRC following his terrifying accident in Estonia.

Acropolis hasn’t appeared on the WRC calendar since 2013 and was brought in this year to replace the canceled Rally Chile. The event however has already been confirmed to be a part of the 2022 calendar.

Sébastien Ogier will head there as the championship leader, holding a 38-point advantage over both Elfyn Evans and Thierry Neuville.

In total 55 cars have entered the event, including local driver Jourdain Serderidis in an up-to-date Ford Fiesta WRC.