It’s crunch time in the World Rally Championship. None of the competitors expected to have just seven rallies across the campaign when they signed up for the 2020 season, nor did they think they’d be going to Monza as late as December to conclude it all.

But rallying is all about adaptation, and the cream will always rise to the top. While this is true for the main title battle, which Elfyn Evans currently heads, it also applies to the WRC’s support categories – all of which are going down to the wire this week.

Due to the unique nature of 2020, every single world championship title is still to be decided ahead of the final round, making for a thrilling climax. Here’s who’s in contention for the WRC2, WRC3 and Junior WRC spoils and what they each need to do to secure their respective titles.

There’s a bit of needle in the quest to become WRC2 champion, with Citroën and Toksport in disagreement over the number of rallies teams could participate in for points. 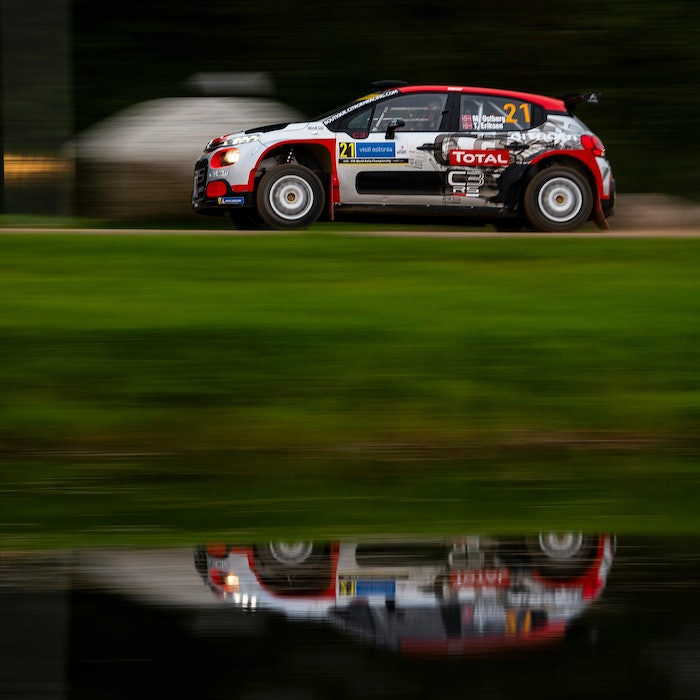 CITROËN AND WRC2 RIVALS IN DISPUTE OVER SCORING RULES

Citroën’s Mads Østberg has started one fewer event than Toksport’s Pontus Tidemand, four versus five, which gives Tidemand a natural points advantage. But with only the best five results counting towards the final championship total, dropped scores are still to come into play – meaning Østberg is still well in contention to claim the spoils.

“I need to win or finish second,” Østberg said. “If I’m second, I must beat Pontus. That’s all I’m thinking about. I’m not bothered about the points thing. The FIA issued a clarification, but that was not clear and, to be honest, I regard it as a compliment that the other guys need to use more than five rallies to beat me.”

Østberg’s rivals have already scored on five rallies, but the FIA’s clarified that the end of season tally comes from the best five finishes, regardless of how many events a driver has started.

“I’m using that as motivation,” he added. “At least I get to start five rallies and if I win this thing then it will be so much sweeter knowing I did it with one less event than the rest of them.”

Tidemand has the added luxury of not needing to win in Monza to top up his points total though. To exceed his current score, he would need to finish second this weekend and therefore drop one of his third place finishes. That sounds tricky, but with only four WRC2 competitors in Monza and a team-mate – Jan Kopecký – able to help him out if necessary, second is perfectly feasible for Tidemand.

However, even if Tidemand was second and boosted his points total to 108, that wouldn’t guarantee him the title. If Østberg wins, then he would claime the WRC2 title too with 112 points. But equally for Østberg, second would likely not be good enough as it would move him level with Tidemand’s points total and thus would rely on Tidemand not scoring any points this week to win. That would give him the title in a tie-break, having claimed the first of his three wins earlier than Tidemand did.

So make no mistake, this is a winner-takes-all battle. It could be neither doing the winning though, such is the form of M-Sport’s Adrien Fourmaux right now. With more recent seat-time than his rivals thanks to a confidence-boosting win in the European Rally Championship last weekend, Fourmaux could be in with a shot of his first WRC2 victory.

The fight in WRC3 has arguably been the most enthralling of any of the WRC’s various classes, with five different winners from the six rounds so far this season. Of those victors, three of them head to Monza with a chance of claiming the WRC3 title: México winner Bulacia, Sweden and Italy winner Huttunen, and Turkey winner Kajetanowicz.

Huttunen’s double puts him in a strong position for the title in his Hyundai i20 R5, but Bulacia, like Tidemand in WRC2, has the added bonus of having a score to drop at the end of play as he’s already completed four rallies – with four scores to count – whereas Huttunen has only done three.

Bulacia’s poorest score was a fourth-place spot in Estonia, so to improve his current collection of 70 points, he will need to finish third or higher at Monza. More pertinently, he absolutely has to finish ahead of Huttunen to stand any chance; and even then, it might not be enough for the Bolivian.

Even with one fewer start, Huttunen is just two points shy of Bulacia’s tally, meaning that any kind of a podium finish for this year’s Polish champion would secure him the title regardless of Bulacia or Kajetanowicz’s movements.

Kajetanowicz is the rank outsider, and will be rueing a final-stage crash in Estonia that cost him 18 points. Had he secured them, he’d actually be leading the title battle by three points instead of languishing 15 behind. However, Huttunen would still be in prime position thanks to his fewer number of starts.

To win the WRC3 crown, triple European champion Kajetanowicz realistically needs to win in Monza and then hope neither Bulacia nor Huttunen make it higher than fourth.

As ever, the WRC3 field looks fiercely competitive this weekend, meaning that any such scenario isn’t impossible. Oliver Solberg and Andreas Mikkelsen are the two obvious threats that could inadvertently swing the title battle one way or the other with their own driving. Emil Lindholm, Umberto Scandola and Grégoire Munster will be worth keeping an eye on too.

As well as dropped scores to worry about, the Junior WRC drivers have a curveball of their own to contend with: an increased points co-efficient. Instead of counting for normal series points, Monza Rally points will be multiplied by 1.5, meaning it really is all to play for in the one-make category for the budding stars of tomorrow.

Sesks heads the points table with a 10-point cushion over former Opel ERC team-mate Kristensson, who narrowly missed out on last year’s crown to Jan Solans. Kristensson has won in Sweden and Sardinia this year; a disastrous Rally Estonia represented a setback, but the dropped scores factor does put him ahead of Sesks right now.

Pajari’s consistency keeps him in the picture too, but on pure pace this is expected to be a straight fight between Sesks and Kristensson. With a win now yielding 37.5 points and second 27 points, Sesks current advantage is easily erasable if Kristensson wins but, curiously, it’s not just finishing positions that will need to be factored in.

Junior WRC awards points for stage wins, meaning Kristensson and Sesks will be absolutely on it from the very first stage in order to grab those crucial extra points. If you need proof of how vital they can be, Craig Breen won the 2011 series over Egon Kaur purely because of his greater number of stage wins.

Just six Ford Fiesta Rally4s will take the start in Monza, with Fabrizio Zaldivar, Ruairi Bell and Fabio Andolfi piloting the other three.

The incoming weather leaving the WRC guessing in Monza