Sixth place on the Canary Islands Rally might seem like a major slump in performance for Andreas Mikkelsen, who won Rally Hungary just two weeks earlier, but there’s a strong argument to suggest that his latest European Rally Championship outing might just be the most important rally he will do all year.

There’s no doubting the significance of his Hungarian success, which Mikkelsen described to DirtFish as “very personal”. With two years of disappointing asphalt results in Hyundai’s i20 Coupe WRC, Mikkelsen proved that with a car that suited him, he was still on the money on the black stuff. He won straight out of the box in a Škoda Fabia Rally2 evo.

But the reason the Canary Islands experience could yet topple that is because of what lies ahead this week: Monza Rally.

While Mikkelsen was present at the latest round of the world championship in Sardinia, he was there to test and showcase Pirelli’s new-for-2021 rubber. This time, he’s going to compete. And while he was also there to compete on the Canary Islands, a major objective last weekend was to gain seat time and knowledge for Monza.

“Coming from Hungary which was completely different to a rally like Monza which is like a racetrack, Canarias is like a racetrack so it was kind of a nice event to do to prepare for Monza,” Mikkelsen told DirtFish on Sunday after his second ERC appearance in three weeks.

“Of course I came here to try to win but the weather here was incredibly tough to choose tire choices. It was really a nightmare, it was changing all the time. So we went quite aggressive on the first choice where basically we lost the whole rally. I lost almost two minutes on the first loop and I was on the hard slick and it was really, really raining hard so there was nothing I could do.

Mikkelsen was in good company in opting for the wrong compound for the first loop of stages last weekend. Both Craig Breen and Oliver Solberg made a similar mistake, meaning the only WRC regular to make the right call was eventual rally winner Adrien Fourmaux.

Asked if he feels he made the right tire selection based on the information he had available at the time, Mikkelsen adds: “Well I would say the first tire decision was quite aggressive, maybe it’s not any reason to go so aggressive so early in the rally.

“Maybe it should have been better to go a bit safe so in retrospect for sure that early in the event, to go more safe would have been the right thing to do because the consequence of going so wrong like we did was so huge. But if we were right, I would maybe gain 15 seconds so I would lose so much more than I would have gained. I could have gone much safer with the first choice no question about that.” 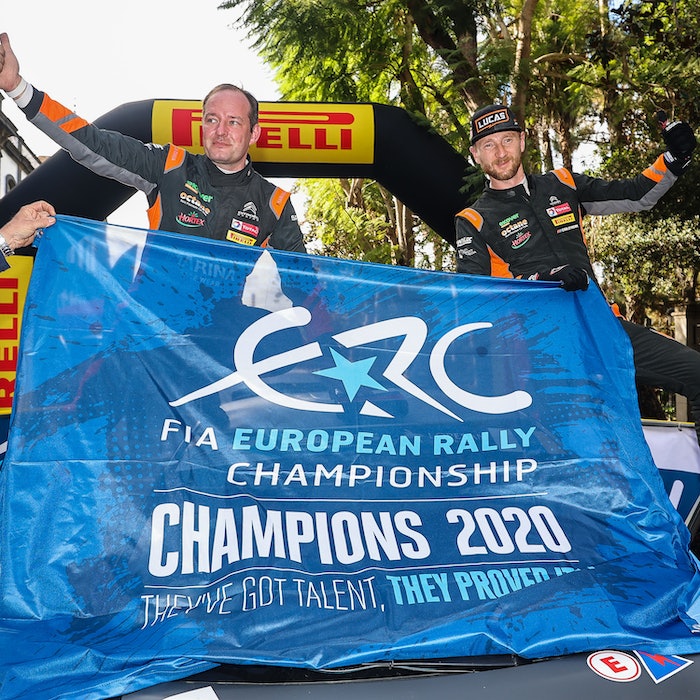 DirtFish can sense the slight frustration in Mikkelsen’s words, which is hardly surprising given his pre-event objective was to win his second rally on the bounce. But Monza – his first WRC entry in over a year – is what’s most important and the unusually changeable conditions on the Canary Islands (the rally is usually run in the spring) actually proved to be an advantage for Mikkelsen, even if it left him “f*****” in terms of a result in Spain.

Why? Changeable and greasy conditions are to be expected on the WRC’s final round meaning a dry rally would actually not have been as helpful for Mikkelsen’s preparations.

“I mean it was so difficult conditions,” Mikkelsen begins to explain.

“The grip was changing all the time, and when I was two minutes behind I knew that the fight for the win was out of the question, then I drove but with no risk involved because we still wanted to get the mileage in for Monza and when you are in no man’s land, to really push like you would have been to fight for the win of the rally, driving with some risk would have been stupid.

“I was never really pushing this weekend. I was pushing in stage one on the wrong tires but when I saw ‘wow we’re losing so much time, we’re f*****’ then the attack went down of course.”

This is crucial as despite his two previous appearances at the Monza Rally Show in 2017 and ’19, Mikkelsen says “you can’t really compare” that end-of-season showpiece event to the stages the WRC crews will tackle this week.

“I haven’t looked at Monza at all until yesterday evening when this rally ended because I was full focused on Canarias,” he says. “But I watched all the stages yesterday night and it’s very different compared to when we have done Monza so you can’t really compare it.

“There is so much driving on new roads in the Monza area, on the race track, so much grass and gravel and other parts of the track which we never used. Some bits here and there I know but it’s really, really strange rally now! It’s like a mix between gravel and Tarmac I would say.

Does that mean Mikkelsen will be adopting a cautious approach? Not exactly.

“Going to Monza I have only one aim and that is to try and win my class, be the fastest R5 car,” he tells DirtFish. 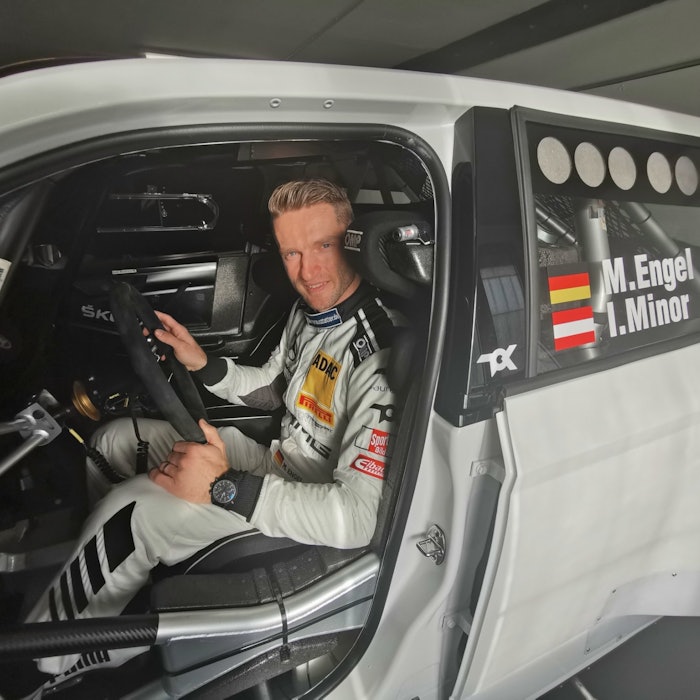 “The competition will probably be the strongest of the year when you see so many good drivers coming to that event so it’s a good opportunity to show [what I can do], so yeah I’m there to try and do as well as possible.

“It feels really nice to be competitive again so that’s cool.”

Just how competitive, we’re about to find out.

Who else is making the trip from Gran Canaria to Monza?

The aforementione Solberg and Fourmaux are two other drivers who will be joining Mikkelsen in making the voyage north-east for this week’s Monza Rally. But they aren’t the only ones.

Hyundai junior Grégoire Munster joins the RedGrey outfit – the Estonian squad that runs Hyundai’s WRC2 concern – for the WRC finale. The two i20 R5’s are usually occupied by Ole Christian Veiby and Nikolay Gryazin, but Veiby has been handed a surprise promotion to 2C Competition in place of Pierre-Louis Loubet in an i20 Coupe WRC while Gryazin won’t compete at all.

Munster will therefore pilot a sole i20 R5 for the squad, and will be entered in WRC3. It comes at a crucial time for Munster, who underwent a frustrating Canary Islands Rally at the weekend. His ERC1 Junior title prospects were bleak against Solberg, but they were extinguished almost immediately with a puncture on the first stage and then some risky tire choices thereafter in a bid to catch up.

This year has been a superb season for the Luxembourgian however, and Monza Rally will give the 21-year-old a second chance to show what he can do on the world stage after Rally Estonia earlier in the year.

“Every opportunity is a chance to show your potential,” he tells DirtFish.

“Now I think Monza will be a bit atypical with the circuit stages but for sure it’s also a way to show our potential. We will try our best there.

“I was first focused on the ERC, trying to get the ERC1 Junior title. Now I will be fully focused on Monza. I worked a bit before but my mind was more on Canarias.”

Fellow 21-year-old Josh McErlean is the final of a quintet of drivers to compete on two international rallies on back-to-back weekends. He will make his official WRC debut in a Motorsport Ireland Rally Academy Hyundai i20 R5.